Kelcifer is a rescue we got from the MAS 3 years ago who was about to be put down because he was heart worm positive. He’s 4-5 now and he’s fixed. He is house broken but can’t hold it past about 6-7 hours because being heart worm positive it can sometimes mess with his tummy.

Why are you reporting this ad?
Description
Price : $100
Type : Adoption
Date : 4. May 2022
Age : Adult
Sex : Male
Location : Cordova, Tennessee, United States
Kelcifer is a rescue we got from the MAS 3 years ago who was about to be put down because he was heart worm positive. He’s 4-5 now and he’s fixed. He is house broken but can’t hold it past about 6-7 hours because being heart worm positive it can sometimes mess with his tummy. he is chipped but I can’t find his microchip card it’s somewhere on his original paper work in a box in our storage shed. If you take him leave contact information and after I move and unpack I can send it to you. If you go to the (MAS) memphis animal shelter he has vet records and we can give our information so you can get it if needed.

He is a sweet heart. He’s good with older kids. He wines at the little kids because he wants to play and he wants to go over and sniff and lick them but he is scared of them lol. He will bark at them when they rush up. If they cry he will whine with them and run over sniffing them to see if they are ok. If anyone cry’s he will lick you till you stop. LOL He’s never bit any toddlers or anything but you can tell he doesn’t know what to do with them. He’s just confused by the mini adult shaped people lol.

Our kid was 7 when we got him and he did great with him. They roll on the floor together. We have only had him around toddlers a hand full of times. My son rolls and wrestles with him he will put his mouth play biting but doesn’t bite down hard. He will get overly rough so make sure not to rile him up too much because he will sometimes forget how big he is.

Word to the wise he is hard to bathe. He hates water so you will either have to fight to bathe him or take him to a groomer. He hates rain so if you want him to go out in it make sure he gets plenty of time outside or he will refuse to go pee and might have an accident. We have to let him out in the back yard for at least five mins and tell him to get so he will go pee.

He doesn’t play catch he plays you throw I run with it and you catch me. He loves those big giant bones you can get from Walmart or Petco. He will not chew up shoes or toys. We give him stuffed toys and he licks them and hide them in a corner and if you take it he whines. If you squeak squeaky toys he will whine come running sniff it and try to take it and hid it in a corner. Then he will walk around it and whine a few times and  make sure you don’t move it. If you walk to it he will go run over take it and run away lol. He was taught hand commands for sit, lay down, up when laying, and stay. He also knows down if he tries to get on a bed or couch.

The reason we are having to rehome him is we found out last night that our landlord is giving us four months to move out. We have to move because they have to get a house in Washington and until they sell our house they can’t get another one. So I have to find him a home because we can’t take him with us because I can’t afford the fees and rent on top of pet deposit with such last mine notice. We are having to pay double what our rent is now because no one is as low as 500 a month.

We are asking for a 100 dollar rehoming fee because we want to make sure dog ring people don’t go after him. Also we did train him to do commands so we put time into raising and training him. It’s also cheaper than what we paid for him from the shelter. We had adoption fees and the vet bill to have his stitches checked from being snipped lol. That ended up being 270 so that’s a lot cheaper than getting him else’s where lol. And he’s a malamute they are usually expensive dogs.

At least you won’t have to drill tricks into him. He’s already learned quite a few. I just wish we could have gotten him to do roll over or play dead. He was to stubborn to do those because he doesn’t want to be on his back.

He has a collar it’s old and a little on the dirty side because he gets it muddy from spending time out in the back yard a lot. He likes rolling in the dirt and grass. He has to have wide collars with metal or he will break them if you do a lead for him to use outside. Small collars he can get off easily over his head with his paws. We will send him with our spare leash we had because the main one we had broke. I’m sorry it’s a cheapy one from the dollar tree. He eats the pure balance brand dog food from Walmart. He likes the bison or lamb. You have to change it up flavor wise or he will some times refuse to eat it lol. Diva dog at his best.

If interested feel free to message and we will meet at our local dog park at Shelby forest so you can meet him. I won’t do off leash because I don’t want him to think it’s time for us to chase him lol. Just be mind full he’s strong and might walk you. They are hauling dogs after all. If you say walk he will most of the time stop pulling. Thank you. 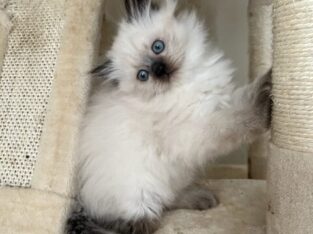 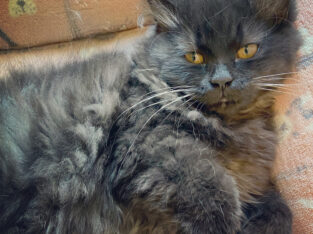 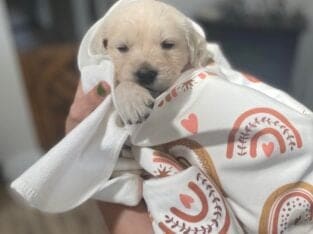 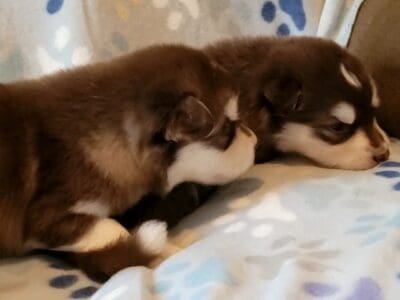 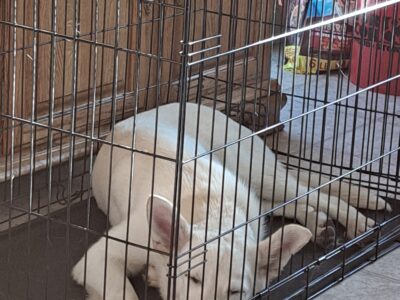 $195 (Negotiable)
Malamute needs a home
Rearrange your ad photos using drag and drop.
*The first image will be used as the main image of this ad.
Top
Forgot Your Password ?