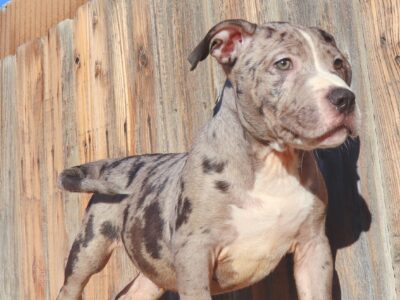 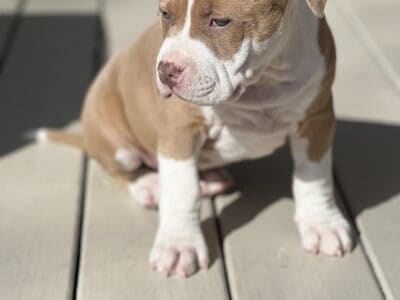 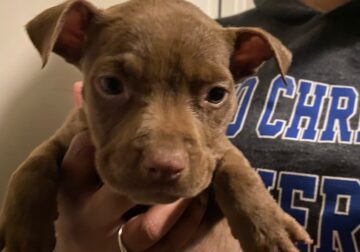 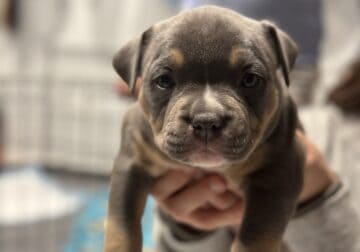 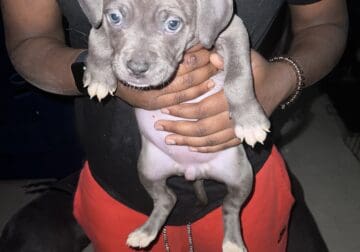 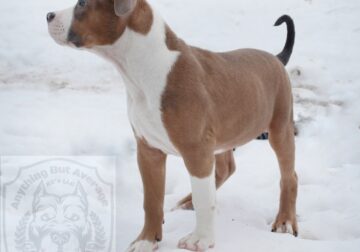 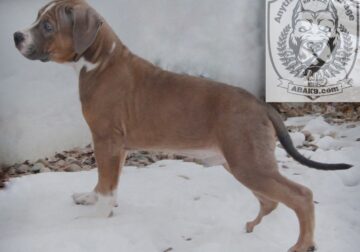 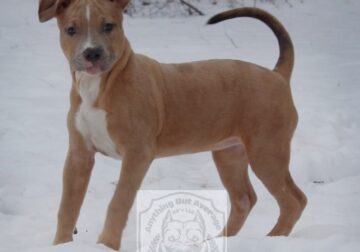 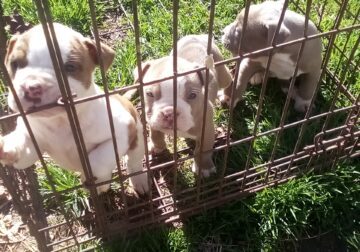 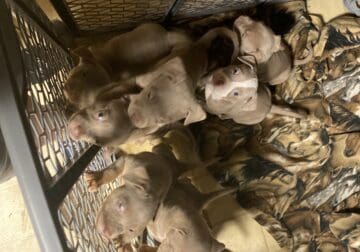 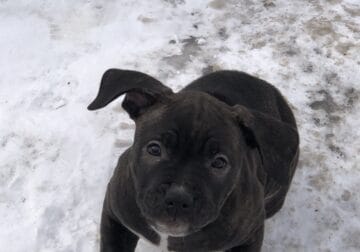 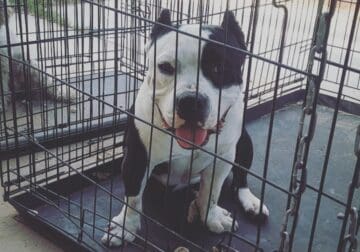 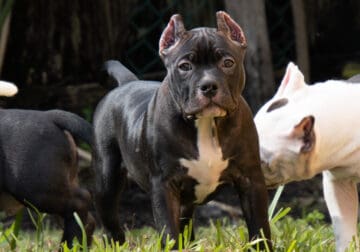 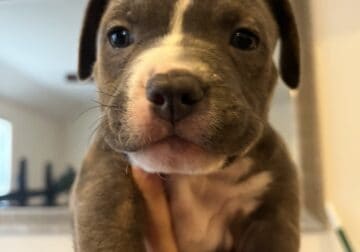 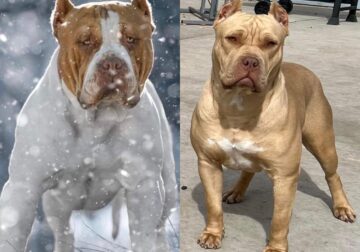 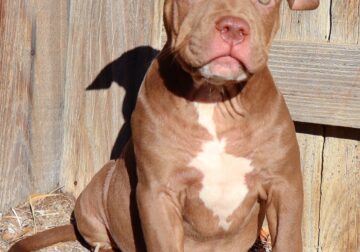 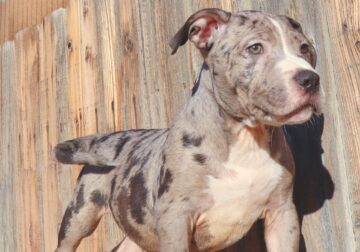 There are several misconceptions and myths about the American Bully for sale. It is an official breed distinct from the American Pit Bull Terrier in appearance and temperament. It makes a great pet for the average family that is semi-active. American Bullies are compatible with other dogs and children. They can be small, medium, or large dogs depending on which variety you choose.

An American Bully’s head should be large and block-shaped with a deep, broad muzzle. The snout is a little less than a third of the skull’s overall length, and the cheekbones are high and prominent. You will notice wide-spaced, medium-sized eyes that can be oval or round. The eyes must match each other in color. Acceptable eye colors are brown, hazel, amber, green, or yellow, with blue being a fault. Cropped ears are permissible in the show ring, but there is no preference for them over natural ears. The ears are high-set with a preference for rose and semi-prick ears over an upright or flat carriage. Bat ears are not acceptable for the American Bully.

American Bullies have broad strong backs and a wide somewhat deep chest. They have a level topline and a slightly sloping croup. The forelegs are muscular with a slight bow. An American Bully has well-developed hindquarters with legs that are strong and visibly muscled.

The American Bully is one of the rare breeds whereby a pump handle tail is acceptable. It will be carried slightly higher than or level with the back even at rest. Often, there is a slight curve upward past the tail’s midpoint. American Bullies have a tail that is thick at the base and tapers to a point. If straight, it should reach the hocks.

An American Bully puppy for sale can be any color or pattern. The most common ones are similar to other Bully breeds.

The American Bully originated from a strain of the American Pit Bull Terrier known for being stockier and having a larger head than the standard APBT. In fact, the branch had a broader physique than the American Staffordshire Terrier which had branched off from the Pit Bull much earlier. To produce dogs that preserved the broad and buff look of the bully strain of Pit Bull Terriers but had lower prey drive, founders crossed these Pit Bulls with Staffordshire Terriers. They began the process in the mid-1990s. As time progressed, other Bully breeds were added depending on what qualities the breeder wanted. They included the English Bulldog, American Bulldog, and Olde English Bulldogge. Crossbreeding still occurs as of 2020 as development and fine-tuning of the breed continues.

You will see that the size varieties overlap, but that is to allow for gender differences. A female’s acceptable size range is an inch less than that of a male. There is not a strict weight standard for the breed if it achieves the desired structure. American Bully Puppies for sale are all classified as Standard until a year of age. The Extreme and the Classic both fall under the American Bully Standard. Differences are increased girth, bone, chest width, musculature, and substance in the Extreme. The Classic American Bully has a lighter frame and more streamlined appearance, but the breed standard is the same. A Classic American Bully still has much more girth than a Pit Bull Terrier or an American Staffordshire terrier.

Best Attempt for a Healthy Bully

Care is of course your top priority when it comes to looking for an American Bully for sale near me. American Bully litters available in your locale warrant a visit in person. Since the American Bully is not an AKC breed, you may not find standard tests you see with other dogs. However, look for certifications similar to what you expect from breeders of working dogs.

When you acquire a rescue dog or one from the shelter, you will not have access to the same history or parent certification as you would from a litter of American Bully puppies for sale. You can get a little information from having your veterinarian run tests on the individual you bring home. You likely will not have any genetic data.

The American Bully has a stable and pleasant personality. It is similar to the Pit Bull but often more laid back, less intense, and with a diminished predatory drive. If well socialized, an American Bully is outgoing and stable, making easy friends with children and other dogs. The larger varieties warrant extra caution around smaller kids because of their size and power, but no dog should go unsupervised around children. American Bullies are affectionate, devoted, loyal, friendly, extroverted, and happy dogs. 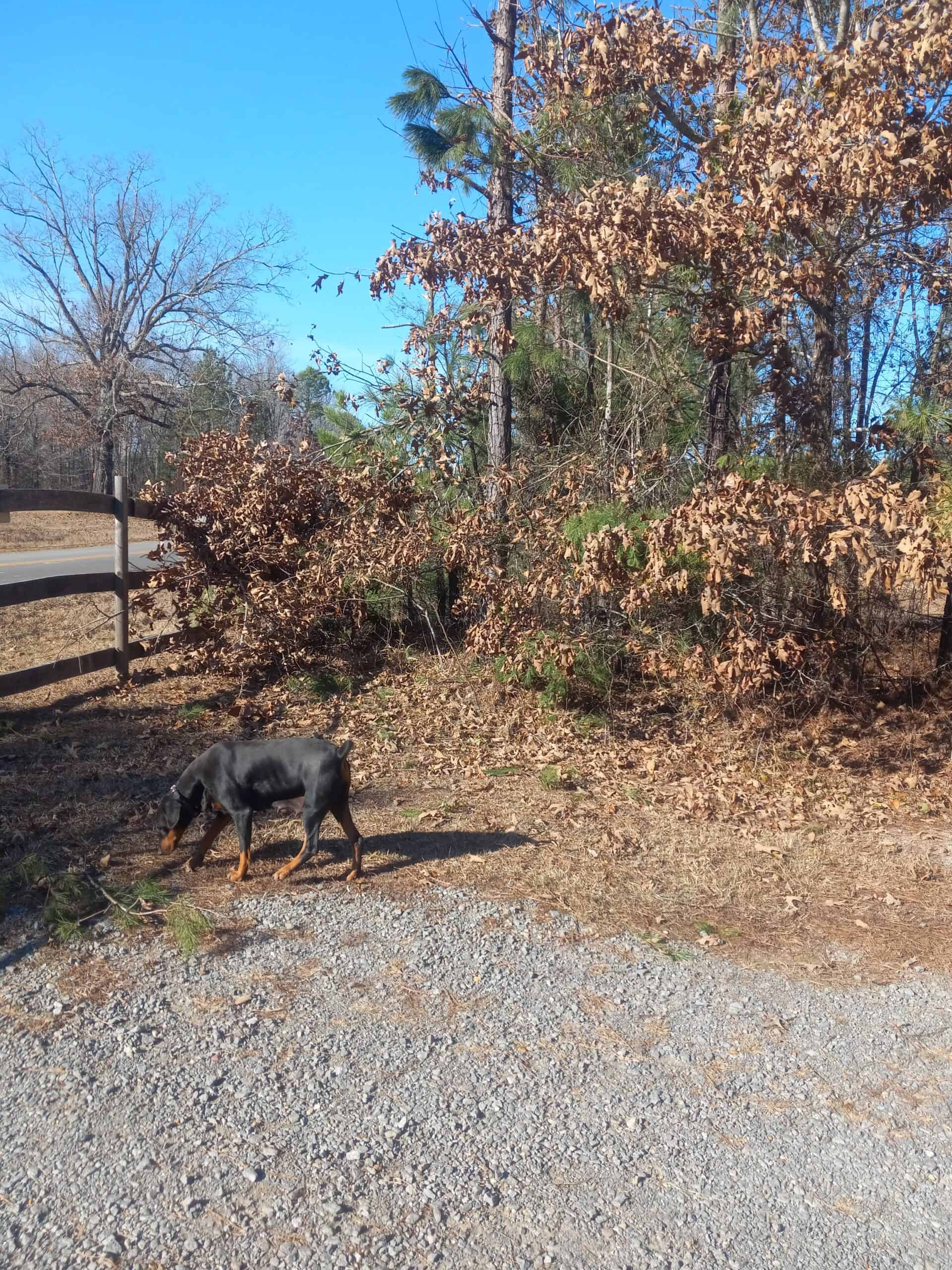 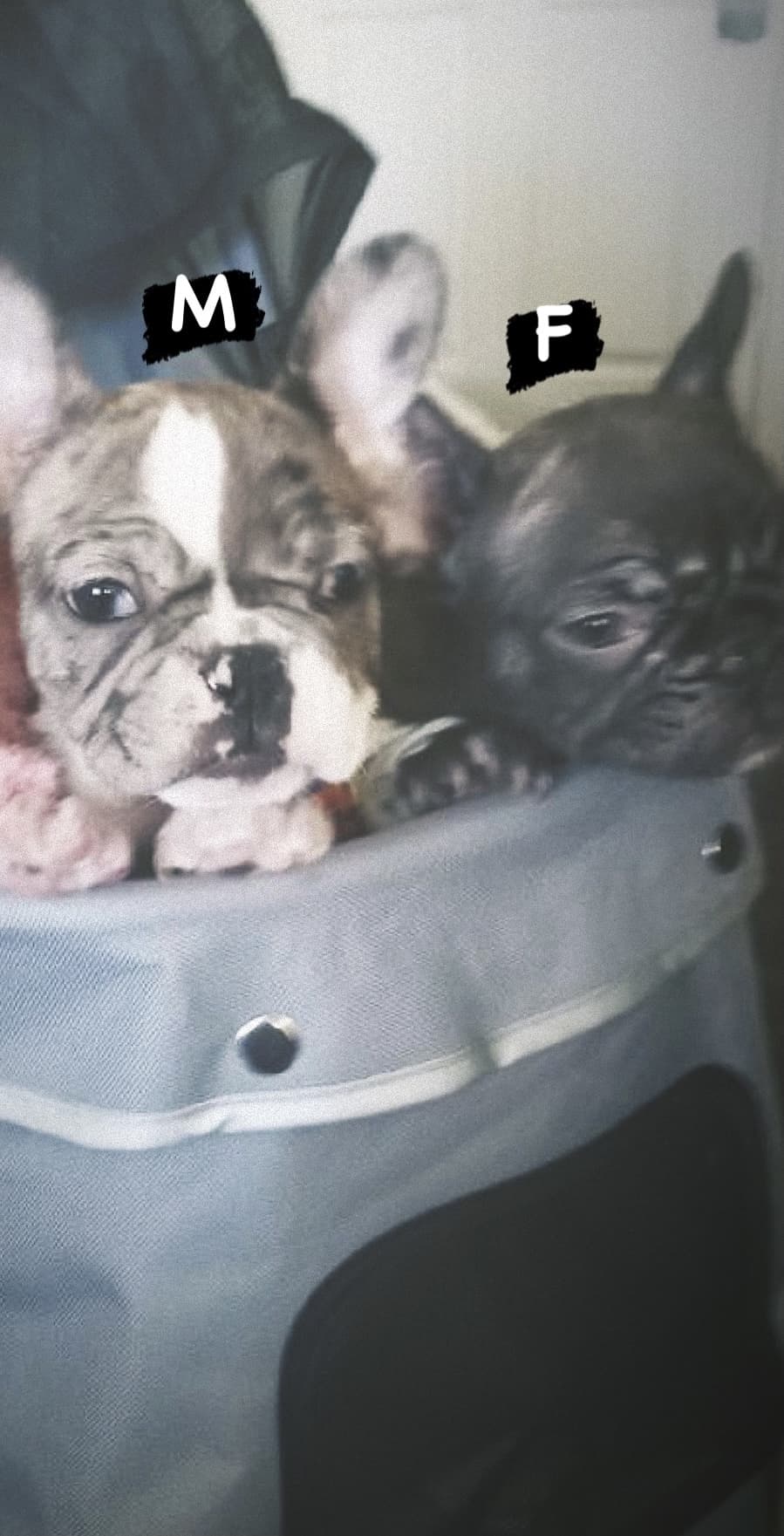 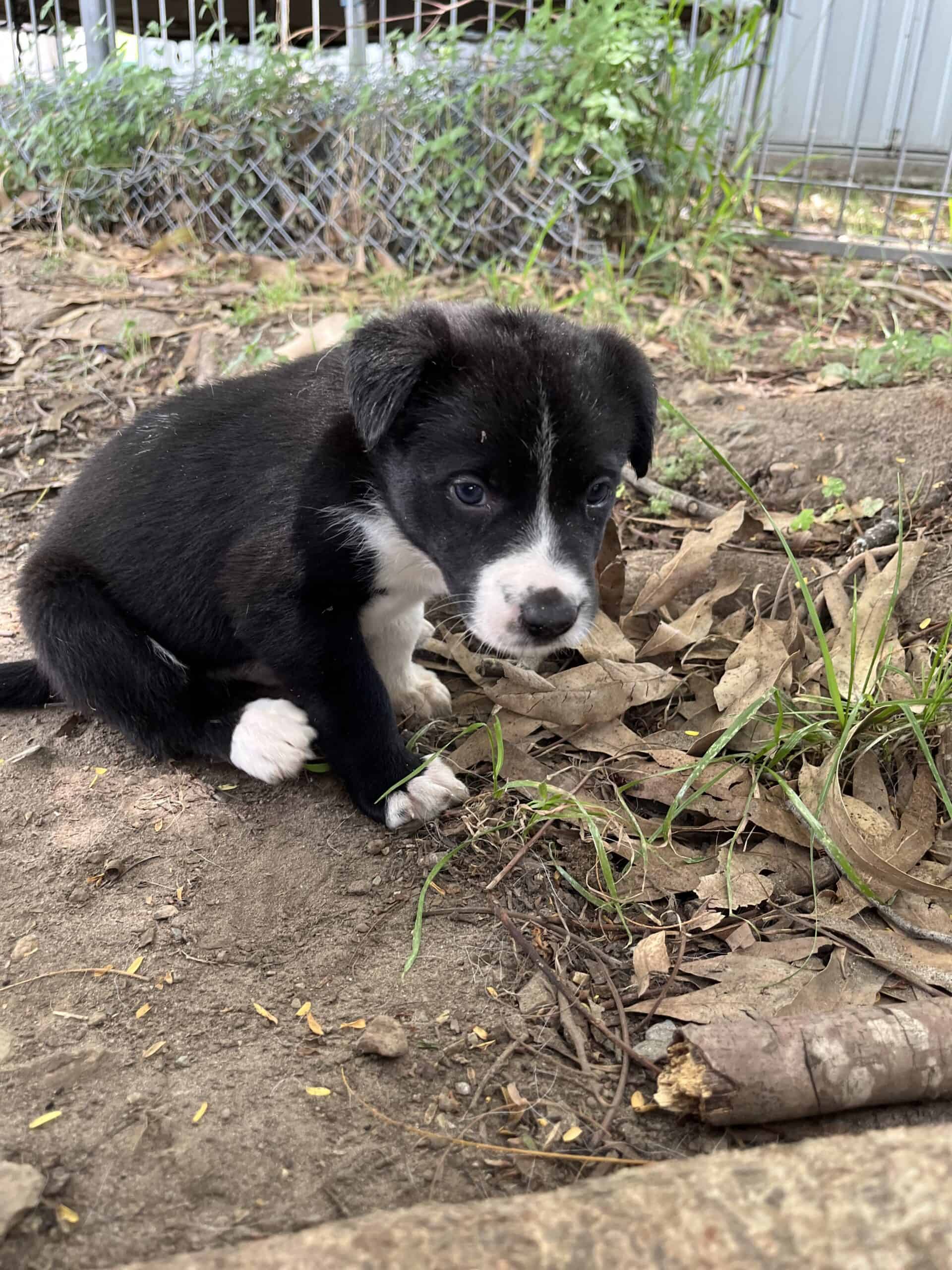