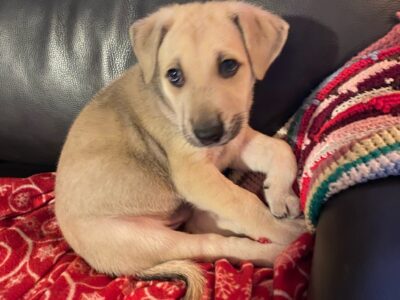 URGENT: Need a Rehome for Malinois

Belgian Malinois Puppies for Sale: Get Ready for a Fast and Rocky Ride

You will not likely find a dog more loyal or hardworking than the Belgian Malinois. The question becomes can you make a dog qualified to be a military combatant with the Navy SEAL a good companion. With the right personality and the time to train and exercise a dog, you can be a good match for a Belgian Malinois for sale. You must be ready to provide a challenging job or activity that you can perform with your dog and preferably have no small children in your household.

Overview of Belgian Malinois for Sale Near Me

You, like many, may wonder how the Belgian Malinois came to be. Just as its name suggests, the Belgian Malinois originated in Maline, Belgium. However, originally the breed was barely a type among various nondescript Belgian herding dogs. Like the dogs that eventually contributed to the GSD in Germany, the Belgian canids herded sheep. In 1891, Dr. Adolphe Reul, a veterinarian, took it upon himself to try to standardize the Belgian Shepherd. He was able to separate the hundreds of dogs into four distinct types based on the color and length of the coat. Moreover, he convinced breeders to cross their dogs based on coat type instead of color or lineage. Shortly after 1901, the Societe Royal St. Hubert, a registry for Belgian pedigreed dogs, recognized the Belgian Shepherd and accepted four varieties. The AKC accepted the Belgian Shepherd in 1911 but subsequently split the group into three different breeds in 1959. It excluded the wirehaired variety altogether.

Most registries recognize the Belgian Shepherd breed with four varieties. Based on a system similar to the original program established by Dr. Reul, dogs breed according to coat type and not parentage.

The American Kennel Club is unique in recognizing the Belgian Malinois as a separate breed and not a type. The breed suffered a drastic decline in numbers during World War I. Breeding programs afterward relaxed the standards on finding matches so they could expand the Malinois breed again. During World War II the Belgian Malinois, like a few other breeds, was saved by its usefulness to the military. After the war, the breed’s place remained in both the military and the police force.

Although often compared to the German Shepherd, the Malinois has developed into a much different dog, and the two breeds no longer share the familial closeness they may have had in the early 1800s. The Malinois is balanced and mostly square when measuring relative height and length. A Malinois has a distinct chiseled head with slightly almond-shaped brown eyes and erect triangular medium-sized ears. One of the biggest standouts from the GSD is the flattened top of the skull and the narrow impression of the face. The back slopes slightly from the withers, but the topline is then level to the hips. Belgian Malinois have a narrow deep chest and strong limbs that give them fluid and tireless gaits. A Belgian Malinois for sale should look muscular through her entire body without the bulk of a Bully breed. The tail is likewise strong, curving upwards during work.

Males are 23 to 27 inches tall at the shoulders and females 21 to 25 inches. Size variations are extensive, with dogs ranging from 40 to 80 pounds. Females are not as muscularly developed as males and are on the lower end of the weight spectrum.

The Belgian Malinois has a dual coat that is well-adapted for hot and cold weather from 85 or 90 degrees Fahrenheit without much humidity down to 25 degrees Fahrenheit. Shaving the fur robs your dog of protection against UV radiation and the cooling mechanism of the medium-length guard hairs circulating air through the downy undercoat. A Belgian Malinois has neither a mane nor a ruff but rather a collarette around the neck. This is thicker and slightly longer fur solely around the neck. Belgian Malinoises are red or fawn sable or solid fawn, which ranges from a light wheaten tan to mahogany. All dogs should have a black facial mask and ears. The Belgian Malinois should also appear to have an overlay, a trait made possible by the black-tipped hairs in the fur. Nonstandard colors include cream, brindle, gray, solid black, or gray sable.

Not for the faint of heart, the Belgian Malinois is driven, intense, courageous, and focused. He is a work-oriented yet sensitive breed that can become dangerous with a lack of exercise, training, and socialization. A well-socialized dog is protective but goes on the cue of her handler. She should generally be friendly and trainable with vigor and vitality.

You should exercise caution when trying to mix children and the Belgian Malinois. A Malinois that grows up with children will usually be better than one who does not, but the intensity and activity level of the breed is probably beyond what most young children can handle. Youths and teenagers are usually a better fit for the Malinois as they can engage the dog in challenging games and strenuous activities. Dogs without a working background can be great with older children as they are playful and able to do so for hours.

A Belgian Malinois tends to bond most strongly with one family member or one handler. This trait can add to the difficulty of training them. Like any dog, training and conditioning go a long way towards modifying certain tendencies to what will fit with your household.

The Malinois’ strong herding instinct may make him prone to chase small animals, including cats. When raised with cats, the breed usually tolerates household cats fine. She may extend this tolerance to outside cats or she may still relentlessly chase them. On the other hand, the Belgian Malinois gets along with other dogs. Again, socialization is key or your Malinois may be aggressive or fearful when encounters a strange dog. Tiny dogs are cautionary tales because the Belgian Malinois may treat them as prey.

Lifespan of Belgian Malinois for Sale

Belgian Malinois is a very healthy breed overall, living from 10 to 14 years.

Belgian Malinoises require a lot of attention and exercise but not much in the grooming department. The basic care of the Malinois is as follows. 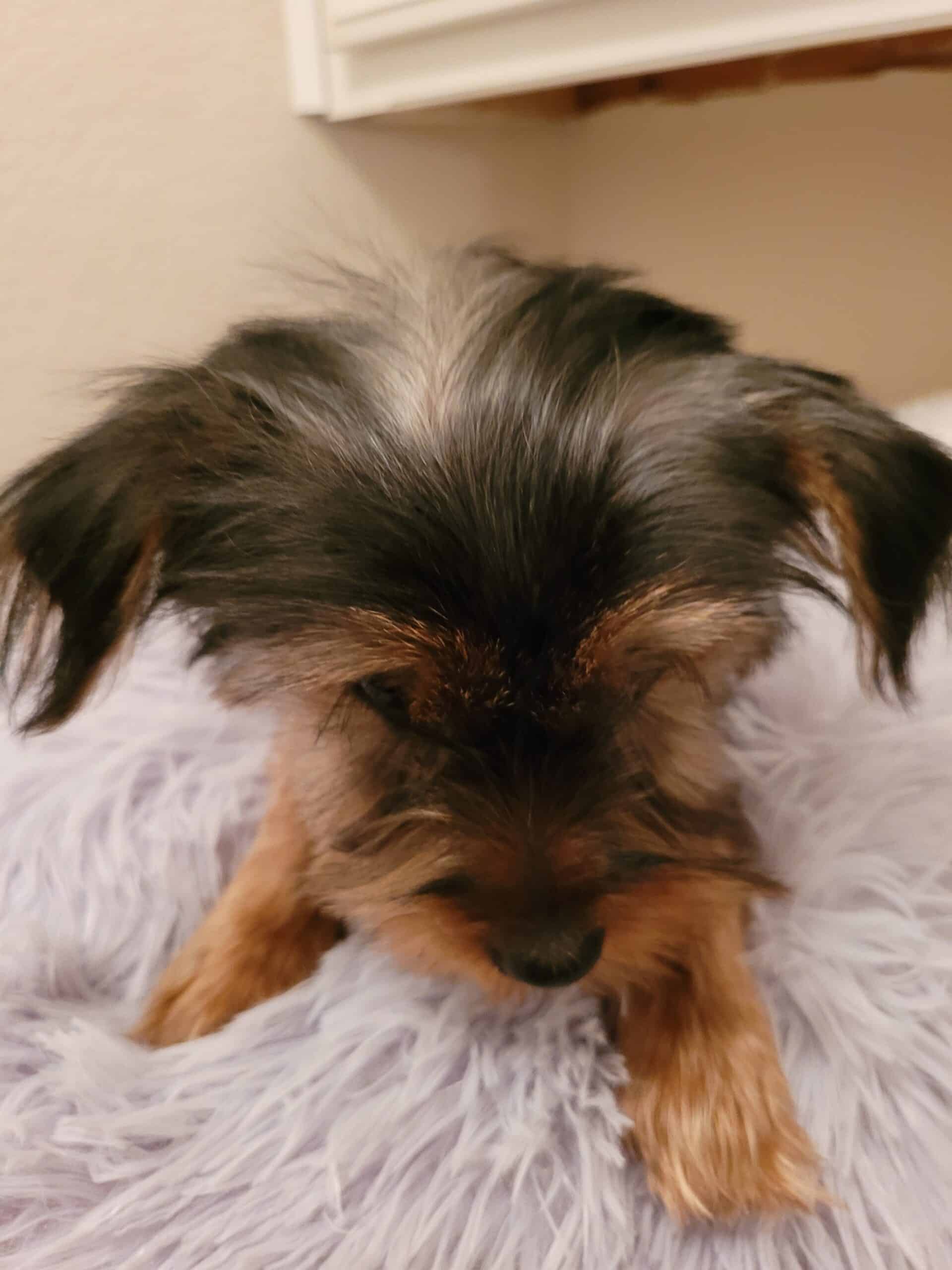 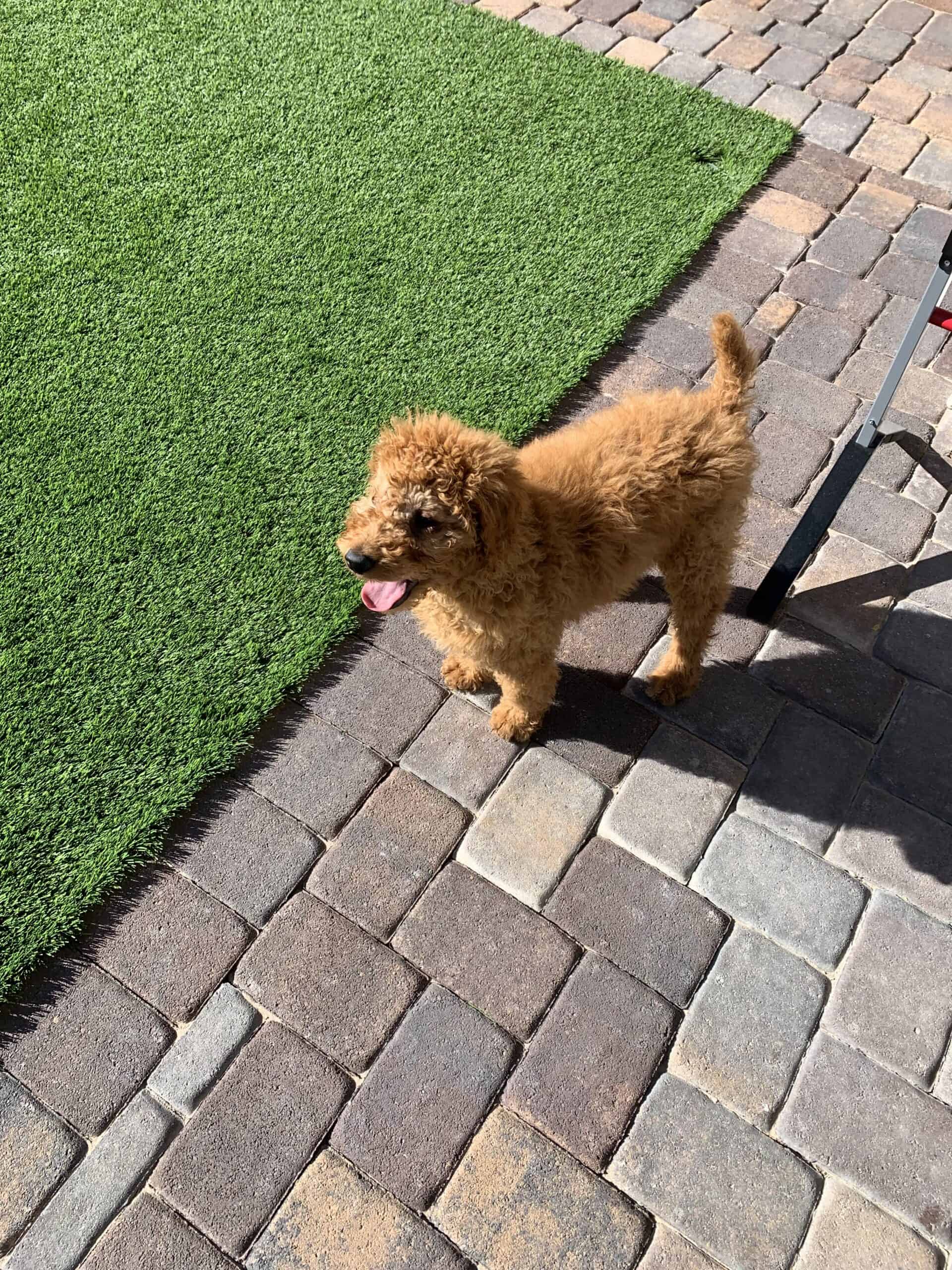 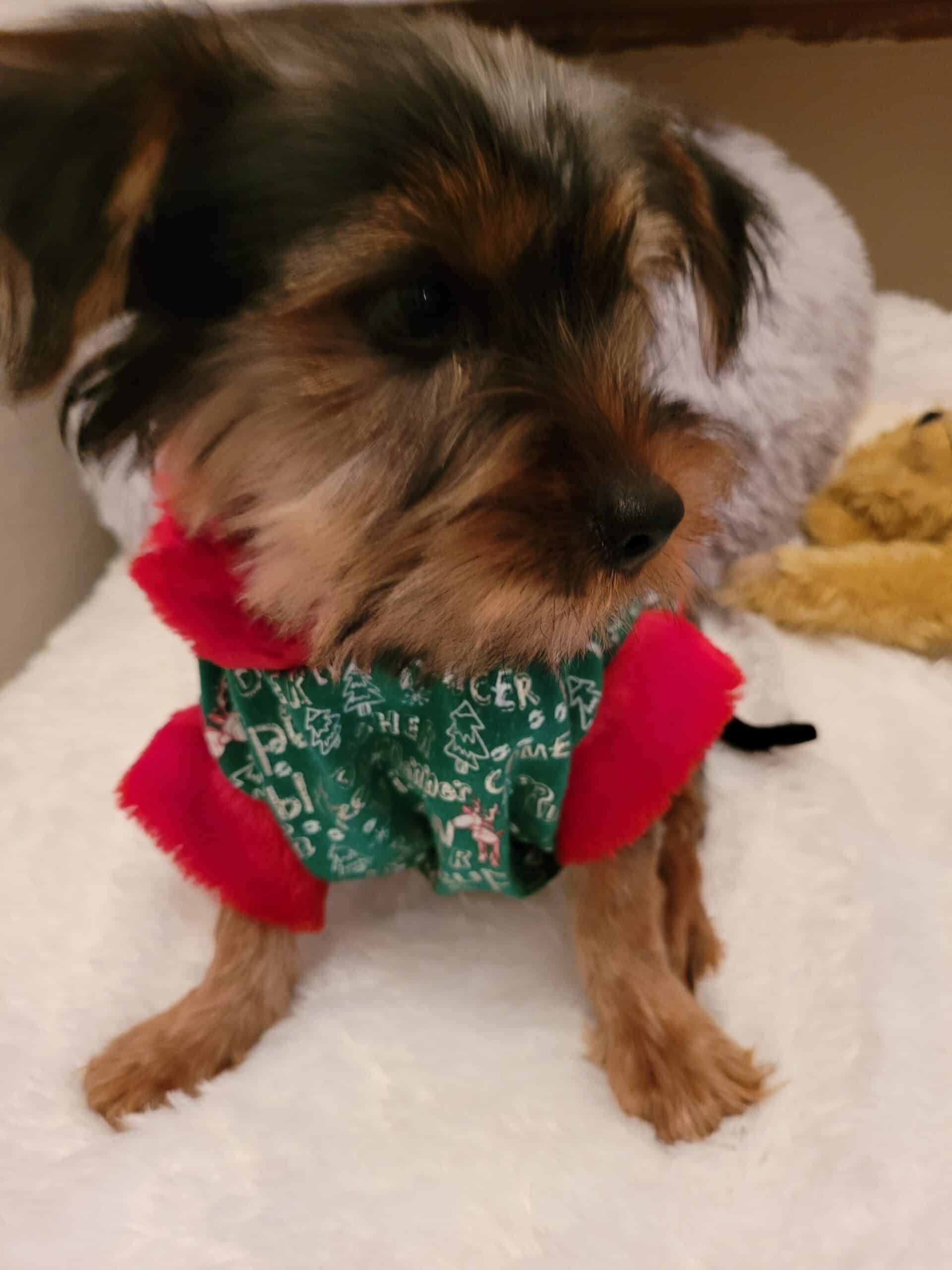 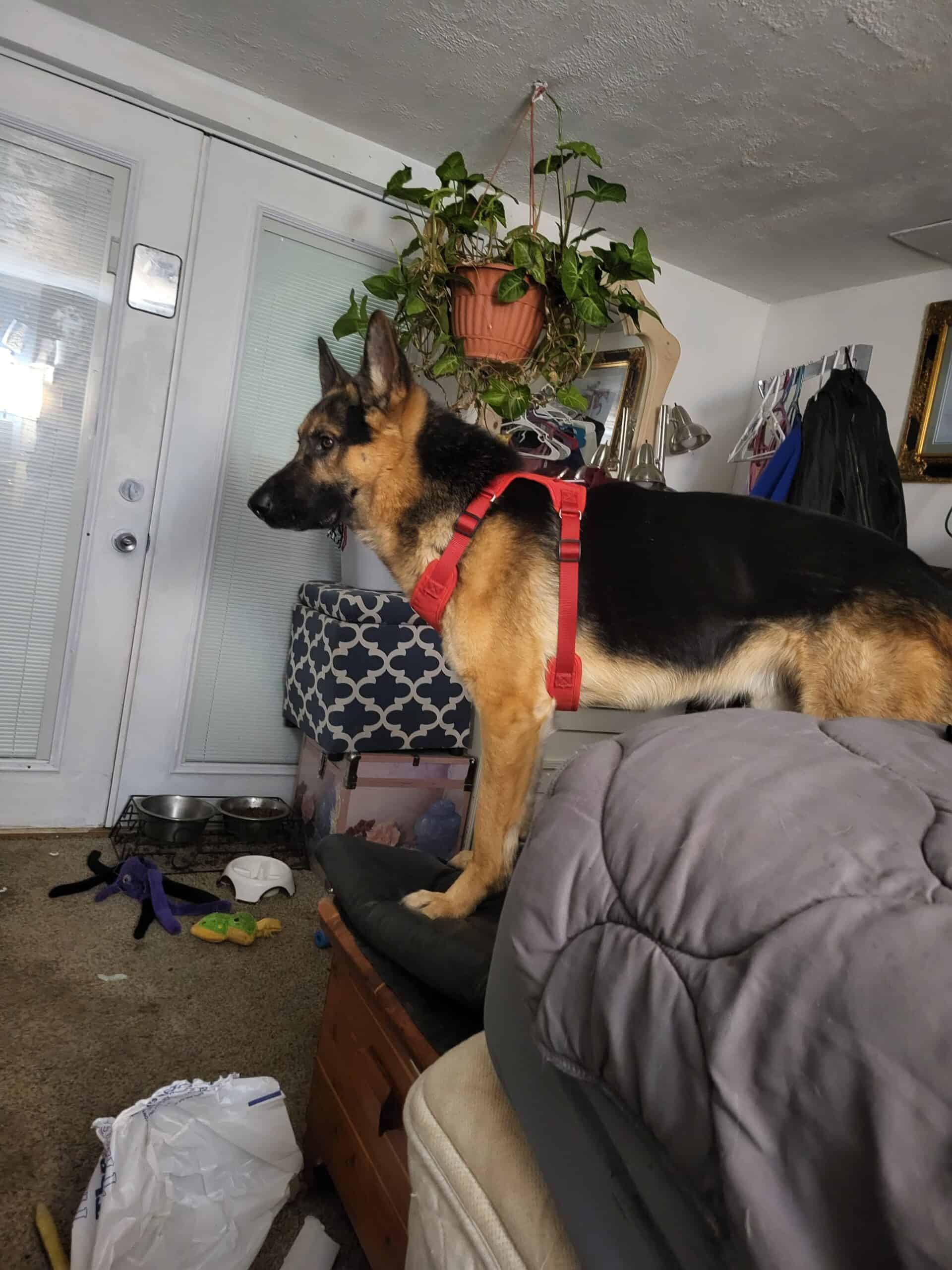