Flash, Brawn, and Personality: Boxer Puppies for Sale Have it All

Having one of the most lovable faces, the Boxer wears many hats. Few dogs can pull off acting like a clown and looking intimidating at the same time. The Boxer is both elegant and dignified yet not above silly antics. He has participated in the military, the police force, hunting, cattle driving, guiding the blind, and guarding the home. With its flashy looks, athletic abilities, and winning personality, a Boxer makes a good companion for single people, couples, or families with children over nine years old. Boxers thrive with owners who are active, adventurous, and willing to carve out plenty of activities for a boisterous dog.

Boxers came from Germany. Originally the Boxer was a cross between a Bullenbeisser, or German Bulldog, and various other breeds such as the Great Dane, English Bulldog, sundry terriers, and the Mastiff. Bullenbeissers are now extinct but resembled Old English Bulldogs. Thought to have arrived from Asia around 370 AD, two lines eventually emerged in Europe. Smaller dogs were 40 to 60 pounds, and the larger ones were 70 to 100 pounds. Boxers developed from the smaller dogs or Brabanter Bullenbeissers. Bullenbeissers were strong, agile, versatile dogs used for hunting, guarding, bull-baiting, dog fighting, and catching livestock. Like the Old English Bulldog, the Bullenbeisser became extinct in the early 1900s through crossbreeding. Some experts contend the Boxer was the result of last-ditch efforts to reinstate the “bull biters.” Boxer puppies for sale gained popularity in the US with a show dog called Bang Away in the 1950s, and the breed never looked back. The AKC had accepted the late-blooming Boxer in 1904.

Boxers are medium to medium-large, standing 22 to 25 inches tall at the shoulders and weighing 50 to 80 pounds. Females can be significantly smaller than males. Even a larger individual should give the impression of being a medium-sized, compact, squarely built dog. A Boxer has a large head that still appears balanced with a broad, shortened muzzle and an undershot jaw. The ears are medium-sized and high-set and forward when your dog is alert. In the US many owners crop their Boxer’s ears with a rather long trim that allows them to reflect the proud carriage of the dog’s head. Likewise, the tail is usually docked. In fact, the AKC penalizes natural tails in sanctioned conformation shows, although it no longer requires cropped ears. A boxer’s topline is level, its neck relatively long and powerful, and the chest broad and deep.
Adult Boxers should be well-muscled through their bodies without appearing bulky or “buff.” When a boxer looks at you attentively is when you will see the wrinkles in her forehead.

The Boxer’s coat is short, smooth, and glossy. Boxers are moderate yearround shedders despite their lack of an undercoat. They can tolerate mild weather conditions, but their thin coats and short snouts make them susceptible to heat, humidity, and frigid temperatures.

The American Kennel Club only recognizes a fawn or a brindle Boxer. Both of these standard colors can have varying amounts of white. According to the AKC, the white cannot exceed a third of the dog’s overall color. Boxers must always have a black mask, although not visible on brindle dogs. The face may have some white on it. Even if not standard, a white boxer does exist and is quite common. A white boxer can be devoid of all other colors or may have patches of fawn, brown, or brindle. White dogs can also have black speckles. If a litter of white Boxer puppies for sale has a premium price tag, exercise caution. White Boxers have an increased likelihood of deafness, and high prices on a faulted color may indicate unethical motives for breeding. Furthermore, it may be weeks before you realize your Boxer cannot hear.

Boxers are alert and as pleasant as their expressions would suggest. With their families, they are loyal and affectionate. Boxers announce strangers but are cheerful and social when not facing a discernable threat. As popular as Boxers are, their high energy, speed, and strength can be overwhelming for many. A Boxer has an efficient and smooth gait. The breed is destructive when left alone too long, chewing, barking, and trying to escape. Adult Boxers are not mouthy but do stand on their hind legs and use their front legs in play unless you train them not to. However, the greater danger and perhaps the origin of their name is their habit of knocking things around and pushing people aside with their heads.

Boxers make good friends for children aged nine years or older as they are playful and can keep going forever. They tend to be too rough and rambunctious for younger kids, especially toddlers. You should never leave such a large and powerful dog unattended with children, or small pets, for that matter.

Boxers also get along with other dogs, mostly medium-sized pooches and larger. However, their energy can be too much for many dogs. Occasionally, a Boxer may not want to stop playing without human intervention. Boxers can also get so amped up as to undergo episodic aggressive episodes. It is best to allow your Boxer to play in limited sessions at a time, giving him frequent breaks. Even if raised with cats, your Boxer will probably prove to be too intense for most felines. Moreover, you must never forget the hunting background of the Boxer.

Boxer Puppies for Sale Near Me

If you find Boxer puppies for sale in your locale, you should visit them before you make a purchase decision. Take advantage of their proximity and inspect them in their home environment. Hopefully, you can also meet at least the puppies’ dam. Barring that, an older sibling or the father may be available for you to get an idea of adult size, disposition, and health. Ask yourself if all the dogs on the property seem well cared for. Certifications are not always possible, especially for shelters, rescue organizations, and casual backyard breeders. Nevertheless, the AKC recommends a battery of tests for Boxers, so background, family lineage, and evaluation are extremely important for this breed.

Boxers generally live 10 to 12 years. A few will live 13 or 14 years but a significant number do not make it past seven or eight years old.

Although you can potentially get a miniature boxer by breeding consecutive generations of runt-sized dogs, this is not a proven method to obtain consistent results. Moreover, the miniature Boxer is not recognized as a separate variant by the AKC. Once you stray outside the Boxer size standard, your pet is going to face disqualification. Often people cross Boxers with small-breed dogs to get a mini. The most likely candidates are the Pug and the Boston Terrier. With a Boston, you can acquire a brindle Boxer, and with the Pug you may get a fawn. However, as with any first-generation mix, traits will be variable and unpredictable. You will probably not get a dog that looks or acts like a purebred Boxer. It does not mean you cannot take home an excellent pet in this manner as long as the breeder is upfront and uses ethical practices. Other deliberate crosses can occur between the Boxer and the Corgi or the English Bulldog. You are likely to get greatly shortened legs and unusual colors with either cross as dwarfism is a dominant trait. The Bulldog can introduce exacerbated breathing difficulties.

The Boxer-Boston Terrier hybrid is a designer dog whose purpose is to serve as a mini Boxer. Miniature Boxers seem to enjoy hybrid health, living 12 to 15 years. They are 15 to 20 inches tall and weigh 25 to 50 pounds. A Boxer Boston mix tends to be alert, friendly, affectionate, and loyal. It is a good watch dog with the larger crosses having guarding potential. Miniature Boxers can be fawn, brindle, or black, usually with white markings. Solid white dogs also occur. The most common genetic problems facing these dogs are heart disease, degeneraative myelopathy, seizures, deafness in white dogs, epilepsy, and hip dysplasia.

Boxers require a lot of interaction with their families or people. In general, they are low-maintenance dogs.

Boxers have a thin single coat that barely requires any attention. Brushing keeps the skin stimulated, loose hairs and dander low, and the coat shiny. A bath every six to eight weeks will reduce odor and can help with shedding. Your pet will require a nail trim every four to eight weeks. Teeth brushing is beneficial for your dog as she may experience crowded teeth or other dental challenges because of an undershot and shortened jaw. Check the ears at least a few times weekly to catch infections early.

Your Boxer will require two or more hours of exercise a day. Boxers are a common sight at dog parks amongst other high-energy dogs like Siberian Huskies and American Pit Bulls. However, you have to exercise great caution during the summer months, especially if your Boxer’s snout is particularly short. Boxers can suffer heat exhaustion and heatstroke once the temperature climbs above 82 degrees Farenheit or the humidity reaches 15%. Ways to exercise your dog indoors become crucial in hot climates unless you are diligent with misters, pools, or sprinklers.

Typical of dogs with a history of use as catch dogs in the field, Boxers do not demonstrate much willingness to please as loyal as they are. The breed is stubborn and requires multiple repetitions to obey a command. Renowned canine behaviorist Stanley Coren rates Boxers as having average intelligence similar to the Great Dane, West Highland White Terrier, and Scottish Deerhound. Boxers require a patient and self-assured person to train them. They can be bullies to someone who is meek or uncertain around them. Part of a Boxer’s training should include exposure to many places, people, and strange things. A well-socialized Boxer is stable and amiable.

Boxers should eat multiple meals a day to help prevent bloat. The other habit you should undertake to prevent GDV is to never feed your dog from elevated dishes. A 20-pound puppy will need about 900 to 1200 calories per day while an adult requires about 25 to 35 calories per pound of body weight daily. Depending on the food, this works out to about three to five cups of kibble for a 65-pound dog. Whether you feed a raw freeze-dried diet, wet food, or dry pellets, your Boxer needs high-quality proteins from animal sources. Ideally, fats should also be animal-based, although dogs can utilize plant oils like olive, flaxseed, or coconut. Carbohydrates for dogs are still highly debated, but most commercial manufacturers and homemade recipes call for their inclusion. Some diets use vegetables and fruits rich in nutrients like spinach, carrots, kale, and blueberries. Grain-free diets sometimes replace wheat or rice with potatoes or sweet potatoes. Whole or ancient grains are still mainstays of many premium diets. The Boxer is a breed that can struggle to keep a healthy weight without carbohydrates. Always discuss feeding questions and weight concerns with your veterinarian. 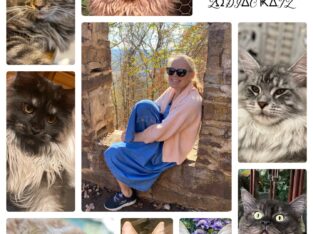 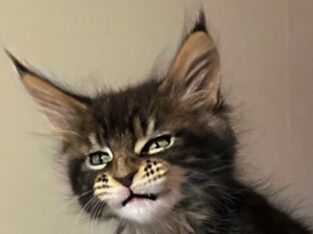