Once you decide the Doberman is the breed for you, the question may arise about whether a European or American type is best for your family. You cannot tell much difference between American and European Doberman puppies for sale. However, the European variety is a slightly more rugged dog with darker eyes, a blockier head, and sturdier limbs. She will be more active, more intense, and more driven. If you like the look of a European Dobermann and can cope with increased food and training demands, you will have an engaged and dedicated companion.

The European Doberman is 25 to 28 inches tall at the shoulders and weighs 65 to 105 pounds. The head and body are well-balanced. A European Doberman has a medium-sized and well-muscled body. Standard colors are black and rust and liver and rust. Partially albino Dobermans which are white are ivory with blue eyes can occur.

American and European Dobermans exhibit differences in terminology as well as physical characteristics and temperament. Americans are more likely to reference the Doberman Pinscher. Many localities outside of the US have dropped the term Pinscher and even consider it incorrect. The European Doberman often goes by the name Dobermann.

Dobermans have a distinct disposition that is universally loyal, intelligent, affectionate, alert, and protective. However, European Dobermans have slightly different qualities because you must have a permit to breed them. Your dog must pass a few performance tests that involve working qualities such as protection to receive a permit. Therefore, European Dobermans tend to be more physically protective. Without appropriate training, this can translate to an overly aggressive dog. Furthermore, the working background of a European Doberman makes her more driven and alert than her American counterparts. She tends to be more guarded about her personal space and less attuned to her owners’ emotions. While European Dobermans are loving dogs, their training challenges may be higher than American Dobermans because of their intensity and strong-mindedness.

European Dobermans have the same lifespan as American dogs. Both types live 10 to 13 years.

Caring for a European Doberman

When you acquire a European Doberman, their care needs are the same as other dogs regarding time, attention, and love. You must keep in mind that you have a working dog and take extra steps in feeding and exercising her.

The European is sleek because of a single layer of fur that lies flat. As you would expect, Dobermans require minimal grooming. They are also below-average shedders.

Your European Doberman will require more energy than an American Doberman as they have a higher metabolism and will ideally be exercising more. Plan on feeding an 80-pound dog 1800 to 2400 calories or four to seven cups of kibble per day. If your dog is more active than normal, you may need to raise that amount to 2800 calories daily. If you work with your dog, he may need 3500 to 5000 calories every day depending on the work he is doing. Working dogs usually require increased fat content as well as protein. You and your veterinarian or nutritionist will need to determine whether your dog will perform better with or without grains or other carbohydrates. Many premium diets have minimal carbs in the form of berries that mimic the meals of wild canids. You may be among those who believe in fresh or raw recipes. Commercial raw dog food has made tremendous advances but may be cost-prohibitive for your dog’s caloric needs. Homemade diets require veterinarian supervision to ensure they are nutritionally sound. A more economical option is to add raw toppers or boosts.

Your Doberman will be energetic and active regardless of whether she is American or European. Plan on a minimum of two hours of various activities daily, and up to two and a half hours for a dog with European lineage. You can decrease the time you allot for exercise on a given day if you increase the intensity. Exercise should include rigorous running or playing, training, and mental engagement. Advanced training usually satisfies requirements for mental stimulation. One of the most effective and natural activities for Dobermans is Shutzhund. However, you can also try agility, formal protection training, or jogging. Make sure your European Doberman has reached physical maturity before you push her to strenuous physical exertion.

Dog owners can easily make the mistake of equating intelligence with ease of training. Dobermans rank among the top ten most intelligent dogs in working, but the European type has an independent streak. With their strong will and power, Dobermans require leadership from a self-assured and assertive person. Training must be consistent and firm without harshness. Inexperienced dog owners may struggle to properly train a European Doberman. With many European Doberman puppies for sale, you have the option to acquire a pet with basic obedience training. You must be patient because these puppies may not be ready for their new homes until they are 14 to 20 weeks old. However, they have excellent recall skills (come when you call), sit and down on command, and have great greeting manners. Novices can hire professional trainers along the entire journey of their pups or as they see fit. Group classes and formal events can also hone your dog’s responsiveness. 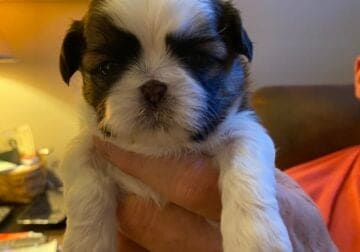