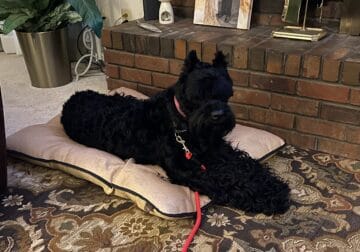 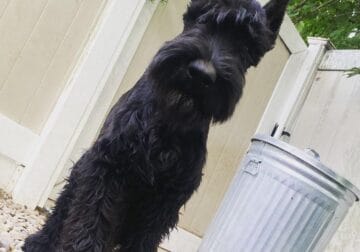 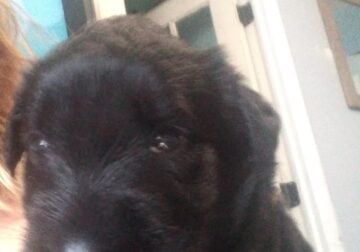 The Giant Schnauzer is the largest of the Schnauzers but is by no means a giant breed. Medium-large in size, the Giant Schnauzer for sale has good drive, quickness, and mobility to be an excellent working dog. The Giant Schnauzer’s talents as a guard and police dog also help it succeed as an active, engaged, and protective family companion. Friendly with other dogs, a well-socialized Giant Schnauzer can be a regular dog park goer or host plenty of canine playdates. Caution is a must around young children and first encounters with unfamiliar people, but the Giant Schnauzer is a great all-around pet for singles or couples who have an interest in sporting or outdoor activities.

Overview of Giant Schnauzer for Sale

Giant Schnauzers have the same general breed expectations as the Standard Schnauzer except for size and a few modifications to the temperament.

Giant Schnauzers are tall, with a shoulder height of 23.5 to 25.5 inches for females and 25.5 to 27.5 inches for males. Females and males have similar weights between 55 and 85 pounds. Females generally weigh slightly less than males.

Although now classified as a separate breed, the Giant Schnauzer should look like the Standard Schnauzer in a taller and burlier version. These dogs have a square frame, being roughly the same length from the point of the chest to the base of the tail as they are tall from the ground to the height of the withers. The head is an elongated rectangle rather broad between the ears and flat on top. Schnauzers have a slight stop and prominent brows. The eyes are medium, oval, and deep-set, and the ears are carried high with a V shape and a button fold. It is not uncommon for the ears to be cropped, in which case they are narrow, upright, and triangular. The neck is of medium length, strong, and balanced with a well-defined arch. You will notice sloping shoulders and a deep but rather narrow chest with a prominent sternum. There is a noticeable abdominal tuck-up, although not nearly as extreme as a Greyhound. The hindquarters are well-developed and the tail set and carriage are high. Giant Schnauzer puppies for sale will usually have their tails docked in their early days, long before you bring one home. A grown dog’s tail is one and a half to three inches long.

The Giant Schnauzer is a double-coated wire-haired breed. Her undercoat is soft and quite dense and the outer guard hairs hard and wiry. The outer fur layer should stand slightly off the body. To finish the coat standard, the Giant Schnauzer has a coarse topknot and requisite eyebrows and beard. Like the Standard Schnauzer, there are two acceptable colors for the Giant.

Standard Schnauzers are more likely to be escape artists and more prone to wander off. They also have a slightly higher prey drive, but the pups tend to be more trainable than Giant Schnauzer puppies for sale. Giant Schnauzers seem to know their size because they can be pushy and domineering. Training takes many repetitions and a patient demeanor. Both breeds are intelligent but somewhat independent and reserved and aloof with strangers. Viciousness or shyness, as with any working dog, is a serious fault. Giant Schnauzers are guard dogs but should bite only as a last result after discerning an imminent threat. Socialization is what will turn your dog into an excellent judge between friendly visitors, harmless passersby, and people with ill-intent. Growing up, Giant Schnauzers are mouthier than Standard Schnauzers and will remain problem nippers if you do not curtail such behavior early. Giant Schnauzers tend to have too much size and dominance for young children under the age of 10 or 12 years. They also warrant caution around small dogs and may chase unfamiliar cats even if they grow up with one in the household. Instilling social skills early should help any tendencies towards dog aggression as they tend to be friendly to canids that match their size. Same-sex aggression, especially in unneutered males, is of moderate concern.

Personality of Giant Schnauzer in a Nutshell

When you are seriously considering adding a Giant Schnauzer for sale to your family, you can usually depend on the following behavioral traits.

Health of Giant Schnauzer for Sale Near Me

If you do not find a Giant Schnauzer near you, then due diligence becomes even more of your friend. Your goal is to acquire the healthiest dog that you can, so communication with the breeder is key. Also, you will have to try to decipher how reputable a breeder is. Are they recommended by a major registry, and do they adhere to all the health certification requirements? If pups live near you, then visitation is an option you should take advantage of. Assess the care of adults and puppies on the premises and their cleanliness and apparent health. Shelters and rescues cannot always offer the same background or certification on their animals, and their dogs are often mature. However, you can get an excellent analysis of the temperament of your potential new dog.

Caring for the Giant Schnauzer

You will find that caring for your Giant Schnauzer is easy once you commit to training, socializing, and exercising her. 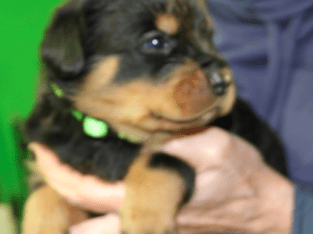