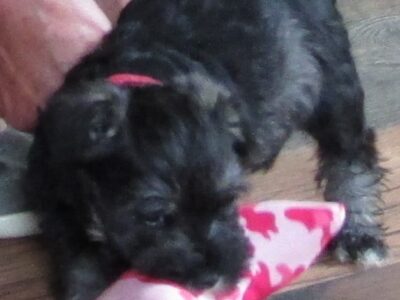 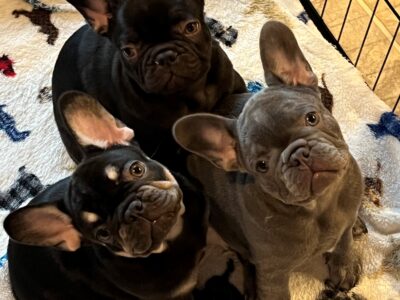 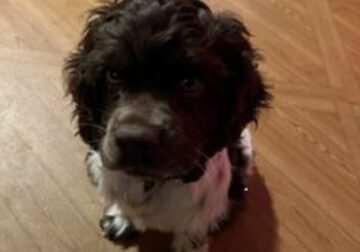 Find local ads using radius search at https://petclassifieds.com/ad_category/dogs/
or on the pages of the individual breeds (linked in the text below).

Small breed puppies for sale enjoy increasing popularity as pet owners seek a dog that fits better with urban living. When grown, little dogs easily adhere to apartment size restrictions, require less exercise than most large breeds, and are portable. A small breed dog may be right for you if you want a friend who will happily sit in your lap, a lightweight pet to carry under your arm and a dog that always resembles a puppy. Engaging and charming as small dogs are, not every breed will be right for you.

There are several categories of dog sizes that qualify as small breeds. The American Kennel Club largely recognizes miniature and Toy as small-breed dogs, but you will see many informal classifications. Teacup is a common term among Toy breed fanciers and the idea is a dog small enough to fit inside the named dishware. Miniature usually distinguishes within a breed between a standard size and a smaller variant. A breeder will also refer to miniatures as minis. Weight is the quality that defines a small breed dog with the upper limit set at 21 pounds. You will find small breeds in all the major AKC groups except the working class. The smallest AKC working breed is the Standard Schnauzer which weighs from 35 to about 45 pounds.

How to Pick the Right Puppy

Choosing from among small breed puppies for sale is the same as looking at any dog. Your research should target reputable breeders who focus on health and a stable temperament as well as appearance and size. Determine breed-specific health concerns and see whether a prospective breeder adheres to relevant testing and certification. Many small breeds’ parents should have heart and knee evaluations. Some also may require eye certifications. Just because a breed is small does not mean it will not face hip dysplasia and other orthopedic challenges. Dwarf and long-backed breeds may have back problems. Avoid puppies that cower and tremble in the back of a litter. Small breed popularity propagated the explosion of puppy mills and unethical breeders who turned out puppies in droves with no regard to temperament. Research the breeds because it plays a significant part in the trainability, activity level, exercise requirements, friendliness, and grooming needs of your pet. Make sure breed specifications generally fit into your lifestyle. You probably will not see the exact phrase “Small breed puppies for sale near me,” but any little dogs in your vicinity warrant an in-person visit. Check out the premises and get a feel for how the breeders have raised your puppy thus far.

Small breeds, especially Toys, are more prone to traumatic fractures or serious injuries than medium dogs and larger ones. Young children who are too rough or adults who accidentally sit or step on a Toy dog can cause catastrophic injury. Many small dogs do not know how to behave appropriately around larger dogs. Subsequently, a small dog’s body language can signal prey to a large canid. A couple of the dangerous behaviors large dogs exhibit towards their smaller counterparts are as follows.

You will likely need to pay more attention than normal to your small dog’s dental hygiene. Short-faced breeds in particular face tartar build-up. Frequent brushing helps you stay on top of minor problems with the teeth or gums. Many small breed dogs do not exercise much and will need more frequent nail trimmings than their large cousins who are always running outside. Coats are variable between the breeds. Short-haired dogs often have a double coat and require brushing biweekly. They experience moderate shedding. Terriers often have a coarse or wiry coat that you need to brush every few days or strip periodically. Long-haired dogs require brushing every other day to daily and some do better with body clips. Minimal bathing every six to eight weeks is best to maintain healthy skin.

Most small breeds do well with 20 to 45 minutes of exercise per day divided into two or three sessions. Herding dogs may need closer to an hour while brachycephalic or snub-nosed breeds need considerably less than the average small dog. Mental stimulation is another must as small dogs are usually smart, alert, and subject to boredom.

Your small breed dog will be more balanced if you expose him to different people, dogs, and environments when young. One of the single most neglected areas of raising small breed puppies for sale is training. Small dogs need as much attention to basic obedience and manners as larger ones. Moreover, advanced training can contribute to the mental stimulation upon which most dogs thrive.

Small breeds have a faster metabolism and generally require more food per pound than large dogs. Plan on feeding your pet 25 to 45 calories per pound. Note that puppies under the age of four months often require twice as much energy input per pound as adults. Like any dog, small-breed canines need high-quality proteins and fats along with an appropriate balance of vitamins and minerals. Many commercial diets supply a portion of the proteins and nutrients via whole grains, potatoes, and vegetables, but most of the top ingredients should be meats. A common question is, “When do small breed puppies stop growing?” Most small dogs reach their full size by eight months of age. Toys may be done growing by six months old.

The number of small dog breeds is beyond what we can cover here, but we picked some notable ones. Popularity rankings are based on the AKC’s list from 2020.

Chihuahuas, originally from Mexico, are the smallest of purebred dogs. Breeders often use these tiny dynamos to miniaturize other breeds or to create charming designer dogs. The Chihuahua is six to nine inches tall and weighs a mere two to six pounds. He is loyal, affectionate, courageous, and lively.

Miniature American Shepherd at No.31

Bred down from the Australian Shepherd, the Miniature American Shepherd retains the same traits in a smaller package. Although most are much smaller than Aussies, the Miniature American Shepherd commonly falls in the mid-size range at 13 to 18 inches tall and 20 to 40 pounds. The breed is loving, active, devoted, and friendly and comes in colors like red, black, red merle, and blue merle with varying degrees of white markings.

Cocker Spaniel at No.30

Another borderline small to medium dog, the Cocker Spaniel is 13.5 to 15.5 inches tall and weighs 20 to 30 pounds. Females are more likely than males to be small dogs. Cocker Spaniels are friendly, extroverted, unflappable, and cheery as is characteristic of most sporting dogs. Snappy family lines in the past led to fluctuations in the breed’s popularity. Cockers originated in England.

An ancient contribution from China, Pugs graced the palaces of royalty. They have contributed to several breeds, including the French Bulldog, to reduce the size and produce an adorable flat face. Pugs are 10 to 14 inches tall and weigh 14 to 18 pounds. They can be fawn, solid black, silver fawn, or apricot. Pugs are tenacious, loving, playful, friendly, and charming.

Shetland Sheepdogs, or Shelties, resemble miniature Collies but are a different breed. Both breeds originated in Scotland. Shelties stand 13 to 16 inches at the withers and weigh 15 to 25 pounds. Shelties are smart, playful, energetic, attentive, trainable, and reserved with strangers.

Related to the Maltese as a member of the Bichon family, the Havanese is a responsive, intelligent, and affectionate companion dog from Cuba. Ranging from 8.5 to 11.5 inches tall, Havanese dogs weigh seven to thirteen pounds. They come in over 20 color variations and patterns including black and white, chocolate, sable, red, gold, blue, and silver and white.

Pomeranians developed in Pomerania in Northwestern Germany and Poland from Spitz dogs from the Arctic. Eventually, the medium-sized dogs became the smallest members of the Spitz family at seven to twelve inches tall and weighing three to seven pounds. Poms with their abundant coats and fox-like faces are clever, inquisitive, fearless, and feisty.

With English Bulldog x English terrier crosses in its heritage, the Boston Terrier originated in Boston, Massachusettes in the 1860s. Bostons are white with black, brindle, or seal. A seal Boston Terrier is a dark color that has a reddish tint in the light and is not based on any dilutions such as chocolate. Brindle dog has light or dark stripes. Bostons are about 16 inches tall and weigh 10 to 25 pounds.

A Shih Tzu weighs nine to sixteen pounds and is eight to eleven inches tall. Originally from Tibet, the Shih Tzu was a prominent pet of Chinese royalty. Colors can include red, black, gold, white, and brindle. Shih Tzus are loyal, playful, smart, and outgoing with an independent streak.

Considered a working dog in Europe, the Miniature Schnauzer was bred down from the Standard. Miniature Schnauzers are smart, vigorous, brave, and friendly. They came from Germany as ratters and are 12 to 14 inches tall weighing 11 to 20 pounds.

Yorkshire Terriers from Yorkshire county of England are about nine inches tall and weigh under seven pounds. Yorkies can be black and tan, black and gold, blue and gold, or one of several other colors. They are bossy and feisty while also loving and playful.

Dachshunds, another German breed, come in two sizes that the AKC recognizes. The miniature Dachshund is under 11 pounds. Dachshunds are playful, energetic, stubborn, and friendly.

French Bulldog at No.2

Among the most clownish and charming dogs, the Frenchie is also affectionate, friendly, and a little stubborn. French Bulldogs come in various colors including white, cream, black, and brindle. They are about a foot tall and weigh 14 to 28 pounds. The Frenchie is an English breed developed by the French.