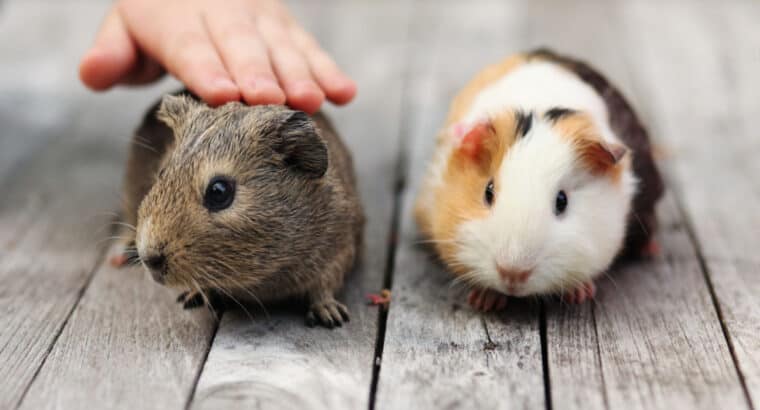 Gerbil vs Hamster vs Guinea Pig: All You Need to Know

Hamsters, gerbils, and guinea pigs make excellent pets. They are not only pets you may acquire for your children but can also be kept as pets by adults. They’re adorable, social, and fun to be around. What is the difference between gerbil vs hamster vs guinea pig?

Despite their striking resemblance, each of the three creatures is distinct. As pets, they have various feeding, activity, and upkeep requirements. What you should understand about them is their appearance differences. This article will look into all their vital physical qualities and provide information on how to care for them.

Hamsters are small rodents that many people love to keep as pets. Their short legs, small ears, and short tail distinguish them from other rodents. Hamsters come in a variety of colors. Their coat comes in a wide range of colors. They are mostly black, white, brown, grey, yellow, or red. They also have large and round cheeks since they keep their food in their cheeks as they eat. Many people are drawn to hamsters for this reason.

Hamsters make excellent pets since they are sociable, kind, and calm. They will not hurt you if you properly feed and care for them. They will most likely bite you out of frustration and anxiety if you mishandle them.

Their way of life is straightforward. During the day, they sleep. And they’re at their most active at night. Feeding and exercising them does not require you to do much. All they need is quality hamster food from the local pet store. They enjoy eating fresh fruits and vegetables and drinking clean water.

However, you can’t feed them everything. They only consume a limited amount of food at a time. You can either make your hamster food or buy pre-made hamster food from a pet store. They are available in various sizes and shapes.

On the other hand, wild hamsters feed on insects, lizards, frogs, and other small creatures. As you feed your pet hamster, ensure the food contains at least 16% proteins and 5% fat.

If you put a female and male hamster in the same cage, the female will quickly conceive. They have a 15 to 20-day gestation period. Their offspring are born blind till they are two weeks old, and then they are weaned at three to four weeks. Hamsters have a one-to-two-year lifespan in the wild but can survive up to three years if they are appropriately tamed.

Although guinea pigs are miniature, they have unique and complex needs that potential owners should be aware of before keeping them as pets. Guinea pigs are very active animals that can spend up to 20 hours a day without rest or sleep. This means they need a lot of space to move around. Such spaces can be put both outdoors and indoors.

If you intend on keeping a guinea pig as a pet, you should keep it indoors. This is because temperatures may go below 15 degrees Celsius during winter, which may be life-threatening for these tiny animals.

Guinea pigs flourish in environments where they may interact with others of their kind. When buying or adopting guinea pigs, you should consider buying in groups of three. You’ll notice that they’re much calmer and happy in pairs than they are when they’re alone. Guinea pigs are friendly creatures, but they bite when provoked or mistreated.

Guinea pigs, like most rodents, are herbivores. They mainly eat fruits and vegetables. However, your pet guinea pig should not eat things like eggs, dairy, meat, or insects. They also enjoy eating fresh hay, but it is essential to include fresh green vegetables in your diet.

Gerbils are also fascinating pets, but they require special attention to stay happy and healthy. A glass aquarium is preferred as a suitable place to house this rodent. This is because aquariums allow for a thick layer of bedding, which will enable gerbils to engage in their natural ways of burrowing.

You can keep gerbils in wire cages; however, they have a habit of kicking bedding through the metal bars and causing a mess. So, you should ensure the wires aren’t too narrow for the gerbil to squeeze through, but not too narrow that the gerbil’s legs or other body parts get caught in them. Plastic cages should not be utilized since they do not withstand gerbil chewing and do not provide appropriate ventilation.

Unlike mice and hamsters, Gerbils frequently enjoy sitting on their hind legs. Although they are still reasonably quiet, they are lively, curious, and playful animals. Gerbils are gregarious animals that live in colonies in the wild; they do not make good solitary pets.

As a result, maintaining a same-sex duo is essential. It’s better to choose littermates or small gerbils who will be able to grow up together. If you only have one adult gerbil, though, it can be tough to introduce the new one because they are territorial.

Seed blends and pellet blocks are the two most popular diets for gerbils. In the seed mixtures, you can include dried fruits and vegetables. This type of food is well-balanced, nutritious, and tasty. They have a significant advantage over fresh foods when combined with pellet blocks.

Key Differences to Remember in Guinea Pig vs Hamster vs Gerbil

To summarize the key differences between these three animals, here is how you can tell them apart.

Gerbils resemble rats or mice physically and can grow four inches long. They love to stand on their hind legs and have long velvety tails. On the other hand, Hamsters are larger and fatter, reaching six inches long. Their tail is significantly shorter and blends in with the rest of their body. Unlike gerbils, hamsters rarely stand on their hind legs.

Hamster coats have wide color ranges. They are primarily black, white, brown, grey, yellow, or red. They also have larger and rounder cheeks since they keep their food in their cheeks as they eat. Many people are drawn to hamsters for this reason.

Gerbils live in groups in the wild. Adopting a solitary gerbil may lead to their depression in the long term. To keep your gerbil from loneliness, make sure they have company. Adopting is advisable to adopt gerbils when they’re younger because they’ll bond organically and become accustomed to each other sooner. Also, you should adopt gerbils of the same sex to avoid reproducing.

Hamsters, on the other hand, are lone animals. However, having two or more is not a bad idea. You’ll want to get two of the same-sex, just like gerbils. Two males are recommended because female hamsters are more antagonistic when housed together.

The diets of gerbils and hamsters are very similar. Both appreciate a small number of fruits and vegetables, but gerbils can get gassy and have diarrhea if they overeat. Although hamsters are less energetic and more frenetic than gerbils, they both need lots of exercise.

Please make sure these fuzzy pocket pets have plenty of activities to keep them occupied. Finally, gerbils are extremely temperature-sensitive and can rapidly overheat or dehydrate. So, you should ensure their cages are kept at a consistent temperature, preferably between 68° F and 77 °F.

Gerbils are fluffy and delightful to pet. Their fur, however, is not as long as that of guinea pigs. As a result of the guinea pigs larger size, it has long fur to compensate. In addition, certain guinea pig breeds have incredibly long hair. A perfect example of a guinea pig with long fur is the Peruvian guinea pig. The fur on these animals can grow to four inches long, making it possible for pet owners to curl it and give them a unique appearance. There are no gerbils with this much fur.

Another distinction is that a gerbil’s ears are not the same as those of a guinea pig. The ears of a gerbil are small, rounded, and upright. They resemble the ears of a mouse, but they are smaller in proportion to the size of its head. These ears can move around in reaction to sound and sit upright. Gerbils, however, have to move their ears around to figure out where the sounds originate from.

Hamsters are omnivores, meaning they eat a wide range of foods, including lizards and insects, but guinea pigs are strictly herbivorous. Their diets only rely on vegetables and some fruits.

Guinea pigs are more social than hamsters. Hamsters are built to survive in times of scarcity because they live in dry, arid environments. As a result, many hamster species are not particularly gregarious, preferring to live by themselves.

On the other hand, Guinea pigs are herd animals who like to live in small groups with their peers. These animals are amiable and have intricate relationships with one another. To survive, these animals require the company of others.