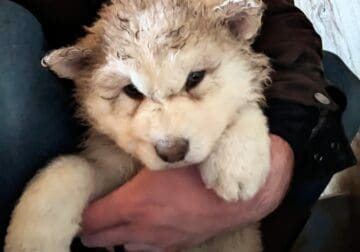 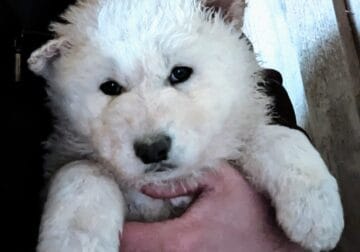 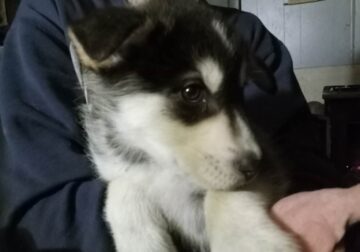 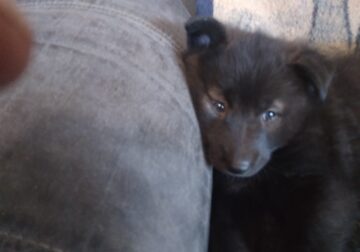 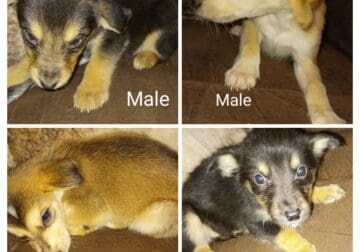 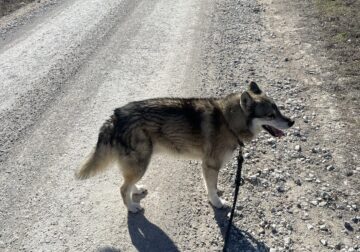 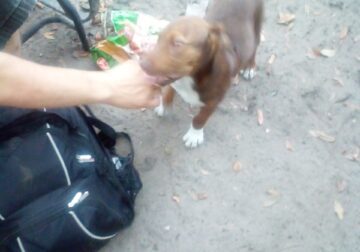 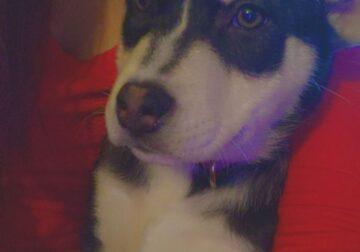 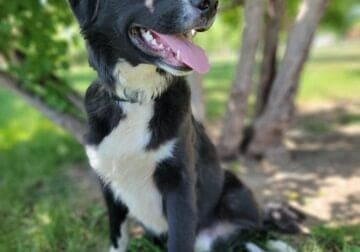 Many people dream of owning an exotic and perhaps dangerous animal. Some are satisfied with a parrot or snake. However, others want to cross into the realm of big cats, bears, and wolves. The wolf seems the most likely choice because it is so close to the dog. It is true that dogs and wolves can breed and produce fertile offspring. So maybe the wolf hybrid for sale is the best of both worlds. While wolf hybrids can become spectacular companions and effectively bridge the gap between wild animals and pets, many turn out to overwhelm all expectations of their owners. Subsequently, they end up homeless because their caretakers can never hope to meet their needs for housing, food, and psychological and intellectual well-being.

Wolf Dog Hybrid for Sale Is No Accident

A hybrid wolf puppy for sale is an artificial phenomenon. Wolves and dogs rarely interbreed in the wild. The former remains hostile against any canids outside of the pack. Wolves protect both territory and resources against coyotes, dogs, and even other wolves. Most dogs roaming the landscape were selectively bred for herding livestock and protecting them from predators including wolves. Human shepherds specifically charged some dogs solely with guarding vulnerable flocks such as sheep Livestock guardian dogs). Recent DNA analysis supports the fact that there has not been much dog admixture into gray wolf populations in the wild. Chances increase where wolves are rare and live near domesticated dogs. Evidence exists in some populations with their variable coats such as solid black specimens. On the contrary, Ethiopian wolves have up to a 17% hybridization rate because their social structure is closer to that of domesticated dogs.

When Did the Business of Wolf Hybridization Begin?

People likely engaged in wolf-dog hybridization as early as 10,000 years ago. The intent was not marketing but probably to increase the vigor of their stock. Interbreeding also likely happened more frequently in nature after wolves and dogs first split. However, as dogs adapted genetically to domestication, spontaneous hybridization became less frequent. Hybridization gained some momentum in Europe in the 1750s. Actively intermixing wolves with dogs increased exponentially in the 1900s. Two breeds, the Czechoslovakian Wolfdog and the Saarloos Wolfdog arose from this shift in interest. The movement has expanded with consumer demand increasing for an exotic wolf dog hybrid for sale. Breeders commonly utilize Siberian Huskies, Alaskan Malamutes, German Shepherds, and Akitas.

What is a Wolfdog

A wolfdog is a cross between a domesticated dog and a wolf. Two purebred dogs are still classified as wolfdogs. These are the Czechoslovakian Wolfdog and the Saarloos Wolfdog. Other dogs that look like wolves are not wolfdogs. They have at least centuries of breeding with no backcrosses to wolves. Ancient or primal breeds may have branched early from wolves and more closely resemble them than other dogs, but they do not qualify as hybrids. Some dogs that resemble wolves but have no more wolf blood than any other domesticated pooch follow below.

Even dogs still considered wolfdogs are low-content wolf hybrids at best. The most common wolf hybrid for sale is a cross between one of the subspecies of gray wolf and and Alaskan Malamute, Siberian Husky, German Shepherd, or some combination of those three breeds.

The goal of breeding the Czechoslovakian wolf was to create a hardy and weather-resistant border patrol dog between the Czech Republic and Slovakia in the 1950s. It was bred from the Czechoslovakian working line GSD and the Carpathian wolf. Although its training challenges never allowed it to excel as a working dog for patrol duties when it originated, fanciers later refined the breed into a versatile and loyal animal. As of the 2020s, the Czechoslovakian is suitable for herding, as a family companion, and for police work and therapy. With officially only 6.25% wolf blood, the Czechoslovakian Wolfdog barely still qualifies as a hybrid. It belongs to the Foundation Stock Service of the AKC (a couple of steps before full AKC recognition) and has been recognized as a breed in Czechoslovakia since 1982.

Saarloos Wolfdogs originated in the Netherlands around 1935. First, Leendert Saarloos crossed a German Shepherd with a European wolf. He bred females of the resulting litter back with a male GSD, creating the Saarloos wolfdog around 1935. The Dutch major registry recognized the breed in 1975 and the FIC followed suit in 1981. Initially shy, unlike their GSD forefathers, Saarloos Wolfdogs have become calm, loyal, and affectionate. They are very active and are better with a job to perform. Many do well as therapy dogs.

The Volkonsoby Wolfdog was a product of the 1990s. It was the only wolfdog that immediately lived up to its designed purpose as a guard dog. Specifically developed to patrol the Russian borders after the collapse of the USSR, Volkonsoby Wolfdogs proved to lack the shyness and trainability issues of the Czechoslovakian Wolfdogs that came before them. Breeders soon standardized an F3 dog, making desirable qualities like coat, conformation, and personality consistent. It began with a Caspian Steppe wolf x German Shepherd cross. The wolf that was used was remarkably acclimated to people, both tolerant and cooperative. An F3 dog indicates a multigenerational cross.

Owners of wolf dogs seek a specific look with upright ears, a somewhat long muzzle, a ruff around the face and neck, and a gray, sable, or gray coat. When they look at their dog’s face, they want to see something exotic, whether it be yellowish eyes, spectacled facial markings, or a lean athletic build. Wolf hybrids are medium to medium-large with a longer body length to height ratio despite their long legs. You might also notice a narrow chest that is not exceptionally deep, a straight brushtail, and a blended coat. The higher the wolf content in your dog, the more exaggerated these features will be.

The F generation of your dog will also affect how wolf-like it is. A 90% F3 wolf-hybrid will be more doglike than a 90% F2 wolf-dog.

Wolf hybrid puppies for sale are often fairly social and relatively docile. As they approach four months of age, you will begin to see personality quirks that you would not ordinarily see in a dog. By one year of age, your wolf hybrid will challenge you and exhibit wolf-like characteristics.

Wolf Hybrid Puppies for Sale Near Me

A wolf hybrid puppy will cost between $1000 and $3000 and entails much more of a commitment to research and care than other dog breeds. You should look for the same qualities as you would a purebred dog if you are set on owning a wolfdog. Choose pups that are bright-eyed, alert, and active. Make sure there is no evidence of diseases such as diarrhea, coughing, poor body condition, or discharge from the eyes or nose. However, wolfdog pups may not be as social as domesticated puppies, and wariness is common. Many breeders put their pups through extensive socialization, but they can still have inherent fear.

It is difficult to put forth exact wolf hybrid care instructions as they are so variable. However, they will invariably require specialized care in multiple areas.

Keep in mind that many states and locales treat wolf hybrids as wild animals. In such cases, you will have to get a permit to own and house a wolf hybrid. Some ordinances make it illegal to have a wolf hybrid at all unless you are part of rehabilitation, conservation, or other wildlife efforts. Wolf hybrids often become claustrophobic inside a home and will destroy it trying to get outside. At best, they may mark your house with urine and feces as establishing territorial boundaries is one of the wolf’s most powerful drives. More than likely, your wolf-hybrid will require specialized housing outside. This entails a 200-foot square or one-acre enclosure that is at least eight feet tall. Part of the height should involve deterrents like coyote rollers at the top. You also need to prevent your dog from digging under the fence by burying a two-foot concrete barrier or placing four feet of mesh at the base of the perimeter. Each additional animal requires another half-acre of room.

You can only brush and bathe your wolf hybrid to the extent that it will allow you. You should start by brushing and bathing your wolf hybrid twice a week when you bring it home. However, when your dog matures, it may no longer tolerate you brushing or bathing it regardless of how well-socialized it seemed growing up. Wolfdogs will grow a coat that is like a Spitz’s with a short double layer. The outer coat is coarse and the underfur is soft and fleece-like. Shedding usually occurs in copious clumps in the spring and fall. Although brushing may seem like a great way to bond with your dog, wolfdogs can survive fine without it. They can also take care of their claws. Nail problems will probably require sedation to inspect and manipulate the paws.

Wolf hybrid puppies for sale often seem malleable, but you may struggle to housetrain your dog. As mentioned, wolf hybrids often feel an irresistible urge to mark their territory and do not appreciate the need to urinate or defecate in designated areas. Obedience training can also be challenging, more so when your pup reaches adolescence. Wolf dogs tend to challenge you more intensely than domesticated canids. Wolves have a more coherent pack structure and greater independence than domesticated dogs and therefore will be more intent on establishing their position within the pack. Many wolf dogs do better in a pack with other wolf dogs or dogs as you train them as a group. Once your wolf dog approaches adolescence, it is usually a smart idea to hire a professional who is experienced with training wild animals and specifically, wolves or wolf dogs. Professional trainers can help you determine how to communicate with your wolf hybrid, establish a hierarchy, and effectively cope when it challenges you. There are several unique challenges with wolf dogs.

Your wolf-dog needs a raw meat diet. Wolves have not developed the ability to digest starches and carbohydrates present in kibble, so it is best to avoid dry dog food. A whole-prey diet with access to grasses is an ideal diet for your wolf-dog. Bones will provide calcium, phosphorus, and other minerals. Never cook any bones you give to your dog because they can splinter and lodge in the digestive tract. A raw diet will ensure your dog has the necessary enzymes to digest its food. A wolf dog’s ideal diet would consist of lamb, venison, and bison, but you can also feed more available whole prey like rabbit, quail, turkey, duck, chicken, and beef. Make sure to feed a balanced mixture of red and white meat.

Socialization should start when your wolf hybrid for sale is young, but it is not the same as for dogs. The socialization window for wolves closes weeks earlier than for dogs, but you still have to move much slower. Your wolf dog will likely have a lot of nervousness around people as well as suspicion towards other dogs. On top of this is a high prey drive, so you may never be able to take your wolf dog on a public walk. However, many owners of low-content wolves can take them to the dog park without adversity. Wolf dogs are likely always to struggle with mundane occurrences such as traffic, riding in a car, or everyday city noises.

Wolf dogs are even more social than dogs despite their territorial aggressive tendencies. Keep more than one or house a few large dogs with the wolf-dog. Remember to account for additional space that will be required. 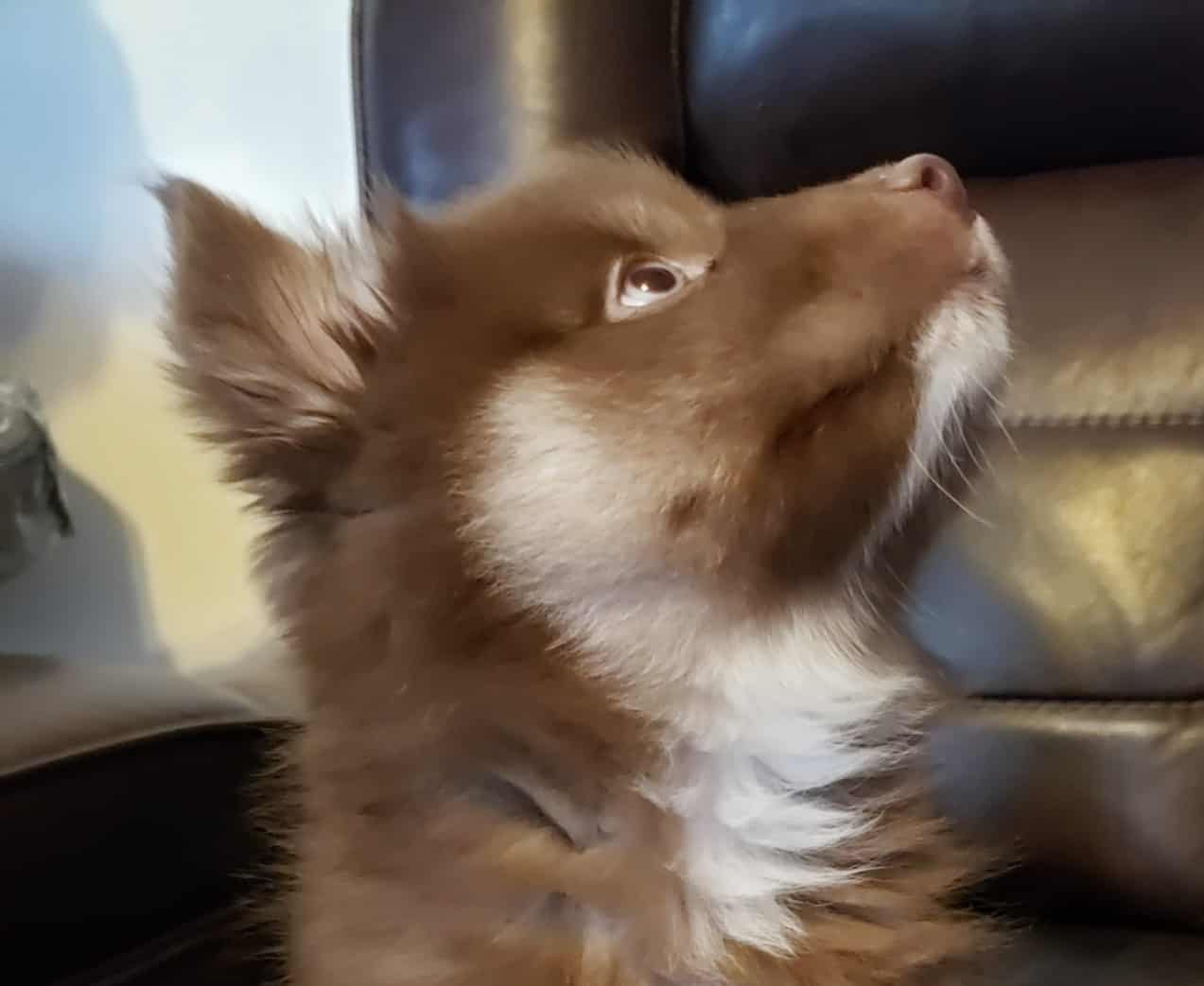 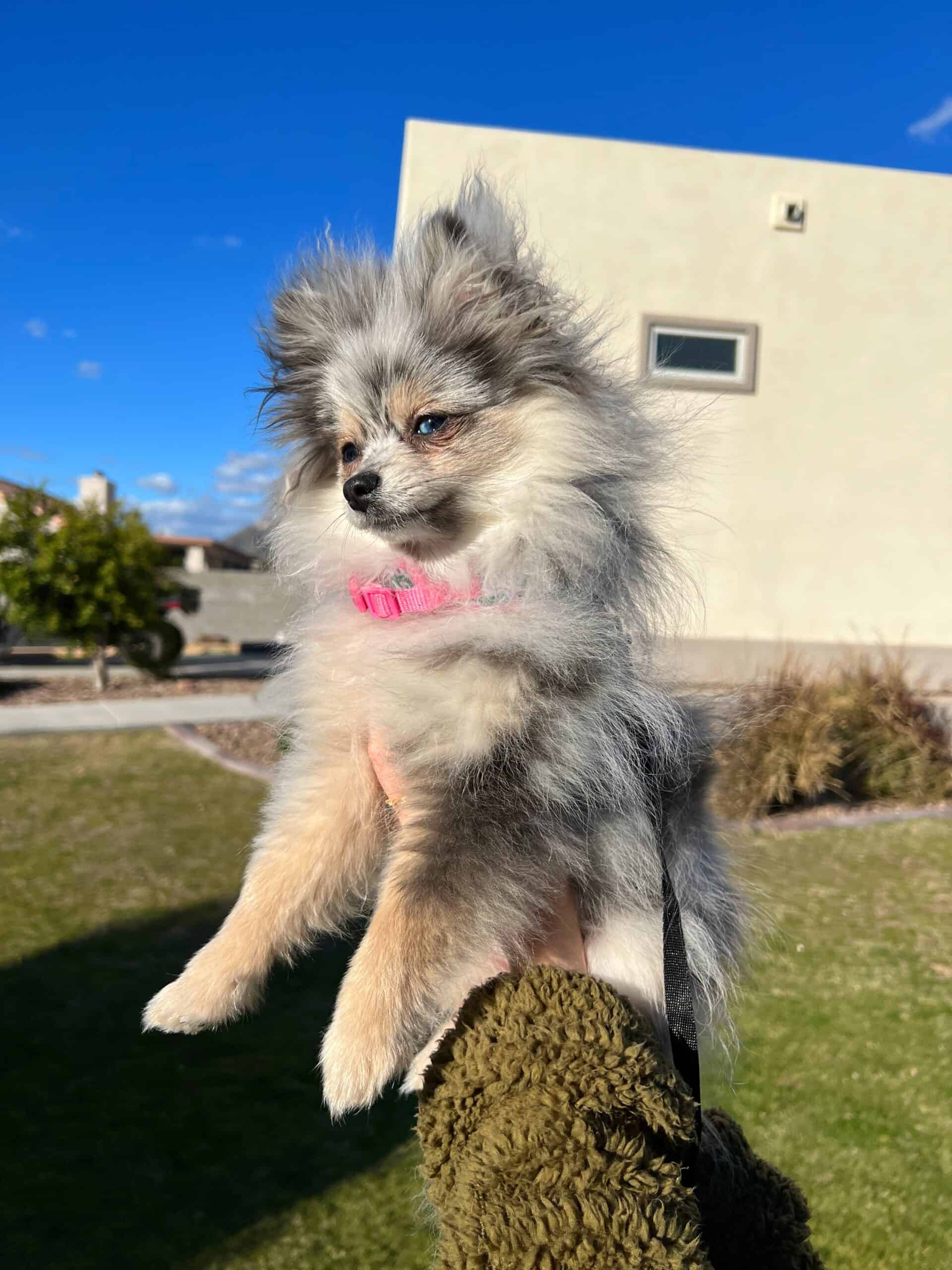 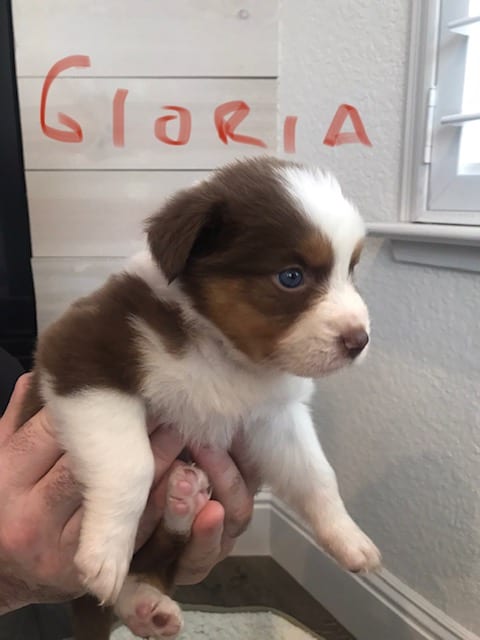 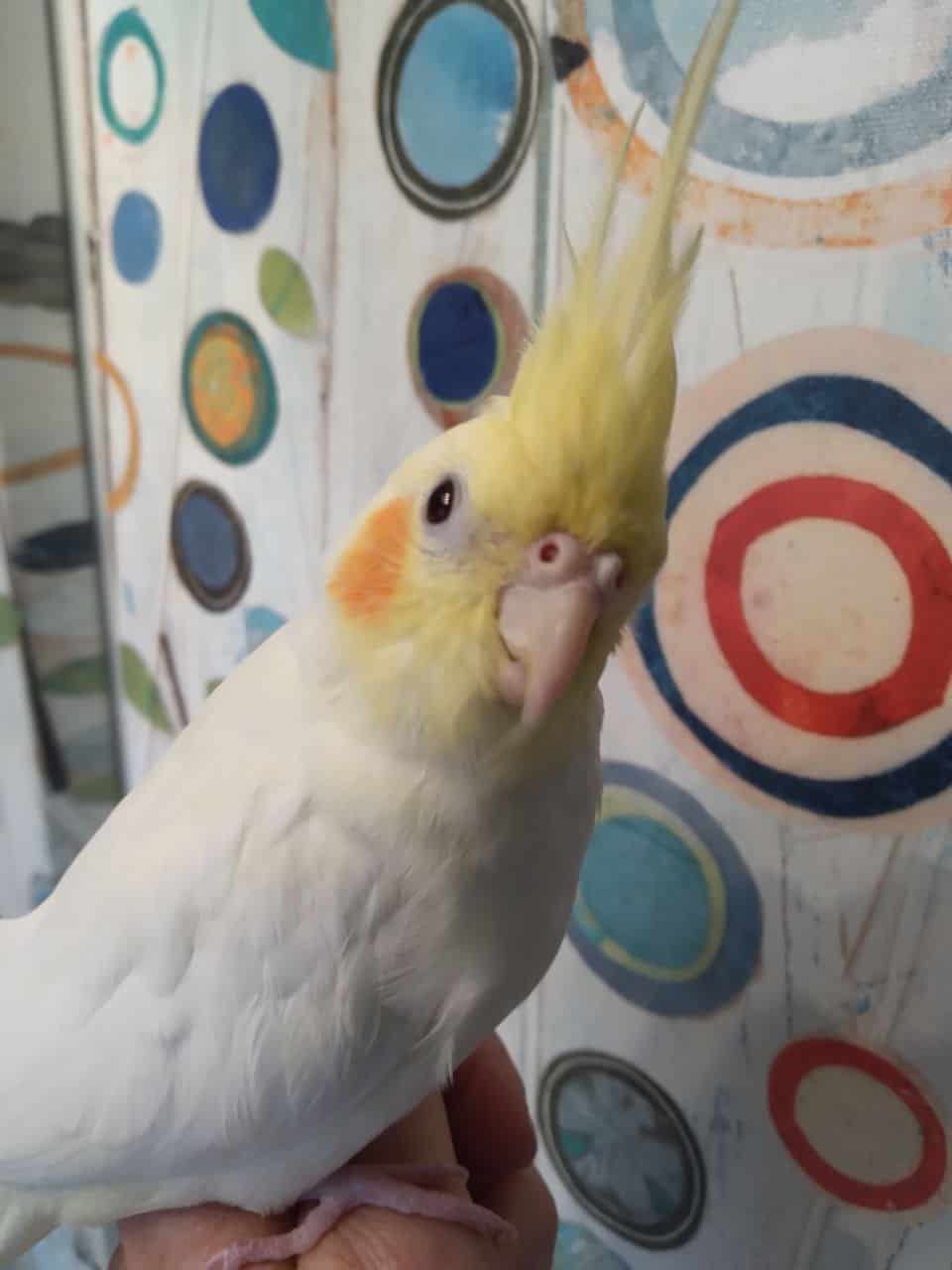