Looking for a good home for adult male dog Alaskan Malamutes look a lot like wolves. Experts recommend them for people who want to own an exotic-looking animal without the risks of a wild canid. However, Malamutes come with their share of challenges and are not the ideal choice for novices. A Malamute is a large dog that requires a lot of training, exercise, and socialization to become a manageable family companion.

Overview of Alaskan Malamute for Sale

Alaskan Malamutes are the largest arctic sled dogs and perhaps the oldest. Classified as a primitive breed, the Alaskan Malamute is believed to have originated in Siberia with the Inuit people around 3,000 BC. Shortly before 1,000 AD, Malamutes migrated with their Mahlemut tribe to the Kotzebue Sound in the Alaskan Northwest. They pulled sleds with heavy loads across a formidable terrain. They also helped hunt seals and other animals and guarded their handlers against Artic wolves and Polar bears. The dogs’ large numbers helped to keep large predators at bay. Alaskan Malamutes faced near-extinction in the late 1800s from excessive outcrossing. Fortunately, Mahlemut people kept many Malamutes in isolated areas. When someone thought to save the breed, there was still a strong base of suitable specimens that were pure and sound. The AKC recognized the Alaskan Malamute as a working dog in 1935. Like many others in its class, the Malamute has become largely a family pet. There are areas where it still performs its ancient duties.

Alaskan Malamutes should give you an initial impression of strength, substance, and dignity. The breed belongs to the Spitz family and accordingly has a wedge-shaped head, triangular erect ears, a dense double coat, and a tail that curls over the back. Malamutes have a broad skull with a strong and bulky snout that barely tapers from the base to the nose. The eyes are medium-sized, almond-shaped, and set at a slant. They are generally brown, although blue eyes are possible. However, the latter is a disqualifying trait. The ears are slightly forward when the dog is alert, but they are set towards the sides of the head. A Malamute has a strong neck that is moderately arched and of sufficient length to allow a proud, upright head carriage. The shoulders are sloping, and the hindquarters are moderately angled, broad, and well-muscled. Malamutes are longer than they are tall but still give the impression of being compact. They are not short-coupled, but the loins must not be so long that the dog looks weak through the body and back. The back should slope slightly from the withers to the hips. Malamutes have a deep chest and a substantial heaviness of bone. The tail has a medium set, following the natural line of the spine. It drapes loosely over the back in contrast to breeds that have tightly or even double-curled tails.

As mentioned, Alaskan Malamutes have an exceptionally dense double coat. The outer coat is medium or medium-long. The tail is heavily plumed.

Alaskan Malamutes have white markings regardless of their base color.

A well-socialized Alaskan Malamute from good lines is outgoing and friendly. It is not designed to be a guard dog and often is too quiet to be an effective watchdog. The breed is formidable against predators and will guard its family against wolves, coyotes, wildcats, and other dogs. Alaskan Malamutes are independent. While affectionate and loyal, they need periods of the day to themselves. An Alaskan Malamute is quite playful but always carries an air of dignity about it. Many owners do not fully understand what they are getting into when they acquire a Malamute. Despite its numerous great qualities, Malamutes need an outlet for their energy and intelligence. Bored dogs are destructive and will howl and tear up your home by chewing and running wild. Insufficiently trained Alaskan Malamutes are willful and impossible to control. Finally, a combination of an untrained and poorly socialized Malamute leaves a dangerous animal that will become dictated by its prey drive.

Alaskan Malamute for Sale Near Me

A reputable breeder will ensure that you get exactly what you are looking for. Most will have papers that describe your potential dog’s family tree. It is also reasonable for you to expect certification of the parents’ hips and eyes. Additionally, it is prudent for professional breeders to perform a polyneuropathy genetic test on their Alaskan Malamutes to determine whether they are carriers. Carriers of a recessive disease must be bred to dogs that are clear of any genetic markers. That way, no puppies will be affected, but about 50% can still be carriers. Of course, if two carriers are bred, about 50% of the puppies will develop polyneuropathy. The final two conditions that a breeder will often screen for are degenerative myelopathy and cone degeneration (a form of progressive retinal atrophy or PRA).

What to Look for in Alaskan Malamute Puppies for Sale

Besides breed-specific testing, you select your new puppy with the same criteria as you would for other breeds. Pups should be lively, clear-eyed, and alert. Most will approach you out of curiosity. Look for clean animals and sanitary facilities. The breeder may help you pick a puppy with the most compatible personality for your family and lifestyle. If the opportunity presents itself, observe parents and older siblings. Finally, all puppies should look well-fed and be free of any signs of diarrhea or runny eyes or nose.

As a close second to exercise, grooming will be the most time-intensive part of your care routine for your Malamute. Malamutes, like other dogs, need you to trim their nails every six to eight weeks. Since they have strong, thick nails, you can enlist a groomer for the task. Alaskan Malamutes should also get a bath every six to eight weeks. When you bathe your dog, you must make sure to thoroughly dry her. Malamute owners frequently take their dogs to a professional groomer once every two to three months. Other steps in your regimen should include wiping the face daily and checking the ears for any signs of infection.

Brushing is your most important grooming job. You should brush a Malamute every other day to minimize the amount of hair left around the house. During the blowing of the undercoat in the fall and spring, you may need to brush your dog multiple times a day. Brushing requires several tools. A slicker is a great everyday brush because it is long enough to penetrate through the guard hairs to the thick undercoat. Most owners also use a curry and a pin brush to polish the outer coat. A rake is useful during heavy shedding periods to remove clumps of underfur. Be selective in your deshedding tools because some of them will cut or otherwise damage your dog’s beautiful coat. Keeping a Malamute fluffy is not simply for appearance, but it prevents mats as the shedding undercoat gets trapped beneath the outer coat. Alaskan Malamutes can be susceptible to hot spots.

Alaskan Malamute puppies for sale should come with the recommendation that they are fed frequently. You may have to feed your pup four to six times daily when he first comes home. Even adults should eat at least twice daily to lower their risks of developing a gastric torsion (twisted stomach secondary to dilatation). It is important to feed Alaskan Malamutes high-quality meals as they are susceptible to weight gain. Adults should eat 25 to 28 calories per pound a day while puppies will need two to three times that. Working dogs also require additional calories. Alaskan Malamutes tend to thrive on a high-protein diet with moderate levels of fats. Consult with your veterinarian about adding carbohydrates or if you are considering the transition to a raw diet.

Despite their size, Alaskan Malamutes are extremely active and capable of a full day of strenuous work. They need two or more hours per day of exercise, of which a large portion (up to 35%) should consist of strenuous activities. This includes running, jogging, and playing. Malamutes also require a lot of entertainment and mental stimulation. Some team activities (sledding, agility, and rescue training) can encompass both physical exertion and mental enrichments. Puppies do not need much more exercise than what they get through playing. Excessive exercise can damage growing bones and joints. You must use caution if it is either hot or humid outside. With their dense coats, size, and history, Alaskan Malamutes struggle more with the heat than do Siberian Huskies.

Alaskan Malamutes require a lot of consistency and repetitions to get basic commands correct. They can be independent and resistant to obeying you. However, they also can become bored if you do not vary your approach. A Malamute’s trainability is directly related to whether it receives sufficient exercise. Alaskan Malamutes that do not engage in sufficient physical activities become rambunctious and distracted. Such dogs are too strong for most novices to handle. Begin your training early when your pup is small and much more malleable than an adult. Do not hesitate to enlist the advice or services of a professional trainer. Alaskan Malamutes have average working intelligence and are by no means as difficult to train as other primitive breeds such as the Chow Chow and Akita.

Other Pets and Children

Your Alaskan Malamute may get along with other dogs with early exposure and vigilant socialization. However, Malamutes are not as tolerant of outside dogs as Huskies are. They need significant time to themselves and commonly show same-gender, territorial, or defensive aggression against canids. Alaskan Malamutes have a well-developed prey drive. They are untrustworthy around cats, rabbits, rodents, reptiles, and pet birds. Malamutes are apt to chase fast-moving objects. Families with small children are not a great fit for the Alaskan Malamute. Moreover, if Malamutes escape, they do not hesitate to chase running kids. 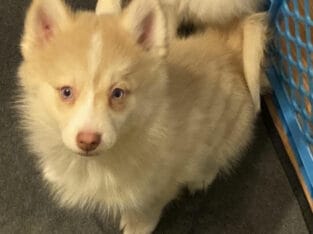 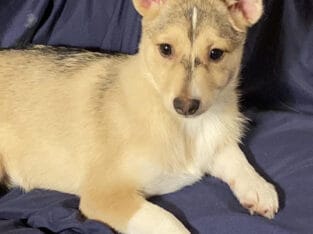