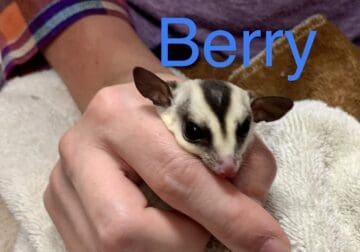 Detailed Guide to the Challenge of Sugar Gliders for Sale

If you are one of those owners who love unique and exotic animals and enjoy challenging but rewarding scenarios, a sugar glider pet for sale can fit the bill on all counts. A marsupial that glides, the sugar glider is diminutive with large eyes and a wide range of color possibilities. Bonding with their owners is a learned trait. Once a sugar glider forms an attachment to its human, though, its appeal explodes. Caring for such a pet is no small feat. Whether your expertise comes from having owned one previously or you hope to soak up all the knowledge you can, you will never experience anything else quite like a sugar glider.

Overview of Sugar Gliders for Sale

Sugar gliders are originally from the rainforests of Eastern Australia. Australia also established a small population in Tasmania. Its ancestors, however, arose in New Guinea 18 to 24 million years ago. Gliders remain native to many parts of Australia, Tasmania, New Guinea, and isolated areas of Indonesia. The small animals entered the USA exotic pet trade in earnest in the 1990s, although some importation may have occurred before the 1980s. Australia banned the export of sugar gliders in 1982 with a clause in the Wildlife Protection Act. Moreover, much of Australia forbids its citizens to keep sugar gliders as pets. It is impossible to know how many traders if any have smuggled sugar gliders into the US from Australia since the early 1980s. A legal exportation trade has been established in New Papua, Indonesia.

Although they resemble flying squirrels, sugar gliders are really gliding opossums. Belonging to the mammalian infraclass known as marsupials, female sugar gliders have a pouch to carry the young during early development. Sugar gliders are only five inches to a foot long with an additional six to nine inches in tail length. They weigh three to six ounces with the females slightly smaller than the males. Each small animal has a gliding membrane or patagium connecting the wrist and ankle on each side. This enables them to glide over 160 feet through the air, facilitating their arboreal lifestyle. Male gliders have prominent scent glands on their heads, near the base of their tails, and on their throat. Color variations can occur to a certain extent because of different subspecies that are all lumped under the category of sugar gliders for sale.

Colors of Sugar Glider for Sale

Sugar gliders exhibit stereotypical behaviors that help them survive as prey animals and as colony members. Therefore, sugar gliders tend to be fearful in the presence of strange occurrences and new people. You cannot socialize a sugar glider with people in general, but you can accustom them to people picking them up and petting them. Otherwise, each person needs to approach a sugar glider as a new member seeking entry into the social group. A sugar glider’s bond with you comes through persistent familiarity. Gliders can be territorial and will lunge and bite at you as well as strange gliders until they accept you. Their vocalizations include crying, crabbing (used when fearful), and barks (warning). Gliders are active during the overnight hours. Females and males can be aggressive towards each other in defense of their environment. Neutering males will greatly decrease their territorial aggression, but there is not a safe means to similarly cope with females.

Health Challenges of a Sugar Glider for Sale

Sugar gliders with proper care live nine to twelve years. They are particularly sensitive to the effects of inbreeding, so researching your glider’s background is a must if possible. Sugar gliders can easily succumb to various illnesses through poor husbandry. Even experts continue to learn about the proper care of a pocket pet so far removed from dogs, cats, or even rabbits.

You should visit any “sugar gliders for sale near me” to examine if conditions are sanitary and ensure you can pick out seemingly healthy animals. It can be difficult to assess the well-being of a glider if it is asleep. Moreover, problems from nutritional deficits or inbreeding can take weeks to appear. If your potential glider will not yet allow you to handle it, have the breeder show how the animal interacts. Sugar gliders should be bright-eyed, alert, and active. Watch how it uses its legs and make sure the tail looks normal in structure and length.

Sugar gliders require the company of other gliders. Trying to own a sugar glider as a single pet will cause undue stress and harm to its well-being. The animals bond with each other through vocalizations and grooming. They regulate their temperatures in the cold by huddling together. You cannot come close to providing the social needs that a glider needs from cohabiting with others of its own kind. A group is ideal, but you should get at least a pair. Pairs should consist of two neutered males or a neutered male and a female. Territorial females can bully nondominant gliders of the same sex. Beware that despite their small sizes, sugar gliders can mutilate and kill each other over territorial disputes.

Ideally, you will get your multiple gliders at the same time, so they are already acclimated to each other. However, on occasion, you may have to introduce two sugar gliders. Sugar gliders joeys for sale can meet casually, working out any difference over their first night together. However, for gliders over five months old you need to follow a formal introduction protocol.

Forming a bond with a new glider usually takes a lot of time and patience. Allow your sugar glider to acclimate to her new surroundings for several days before you start the process of socializing with her.

Like a dog or cat, having treats when you are in the vicinity of your gliders can teach them to associate you with positivity and a reward. Some owners use vanilla yogurt on their fingers to build a positive association and discourage biting. Never yell or react violently to your sugar gliders.

Sugar gliders are self-groomers that do not require brushing or baths. Their claws are specialized for combing through their own fur and that of their colony mates. Getting doused in water can lead to hypothermia and, later, pneumonia. You should trim their nails every two weeks. Sugar gliders have five fingers and nails on the front hands and two claws in the rear. You should approach the job with a helper and a magnifying glass or employ your exotic veterinarian. Commercial sprays can eliminate odors from your gliders.

Gliders can get bored like any captive animal. Placing branches, exercise wheels, and toys in their cage will help keep their minds active and allow them to exercise. The cage should consist of three levels with nesting boxes and pouches to accommodate the privacy of multiple sugar gliders when necessary. You should interact every day with your sugar gliders, and this too will help prevent boredom.

Sugar gliders in the wild eat a complex and diverse diet. Nectar, gums, and sap from eucalyptus and acacia trees are particularly to replace in a domestic setting. Your best bet is to make an imitation from one of several recipes or consult your veterinarian. Such formulations will likely include apple juice, wheat germ, baby cereals, honey, yogurt blends, egg, and a vitamin and mineral supplement. They are founded on Leadbeater’s mixtures and are based on the dietary habits of the sugar glider’s closest relative, the Leadbeater’s possum. Sugar gliders also eat insects, fruits, and pollen. Live mealworms make good treats while you also provide fresh fruits, nuts, vegetables like spinach or dandelion greens, and omnivore pellets. Experts recommend rotating the nutritious high oxalate low calcium greens with a larger quantity of veggies with low levels of these substances for optimal urinary health. A sugar glider should eat 15 to 20% of its weight which works out to only a few tablespoonfuls of each of the food classes a day.

By the time you see sugar gliders joeys for sale, they should be about 12 to 16 weeks old. Although often weaned by eight weeks, joeys still have crucial bonding time with both parents outside of the pouch. The longer breeders keep them, the better the young glider’s social and psychological development. Joeys are born, like all marsupials, at a greatly underdeveloped stage. Their eyes open at about 10 days. Sugar glider joeys can have a more difficult time attaching to their owners than mature gliders. Having a sibling bolsters the young glider’s confidence. The breeder’s early work is crucial in getting young gliders accustomed to being handled by people. I have allergies – Find a good home