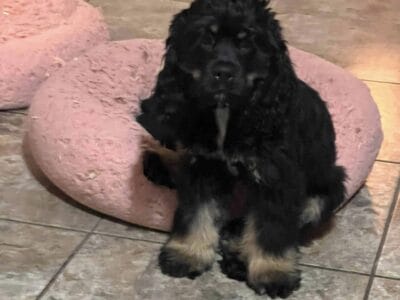 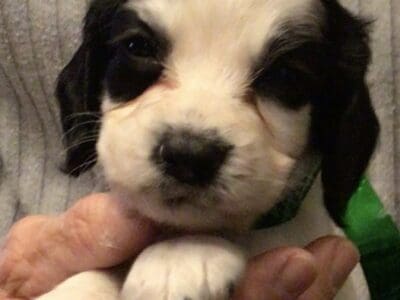 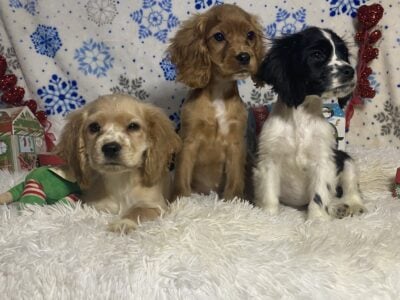 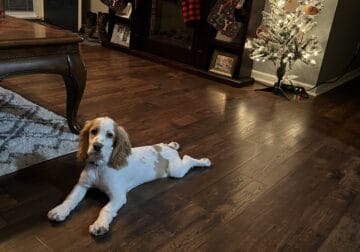 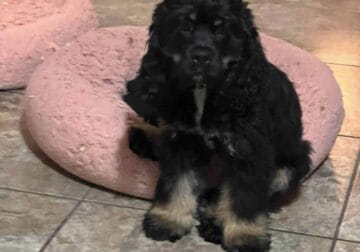 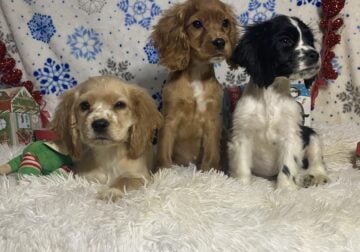 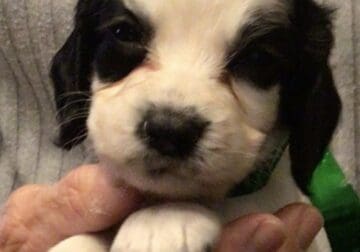 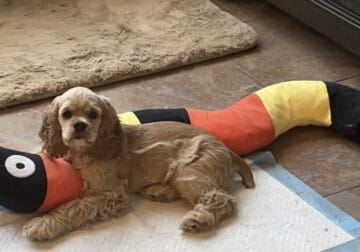 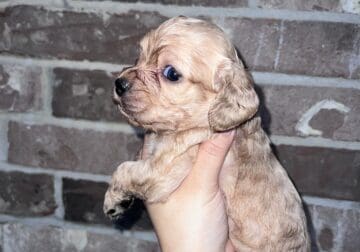 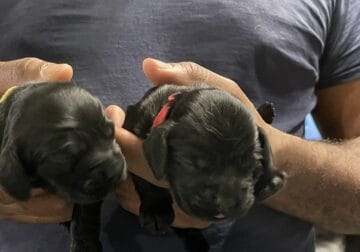 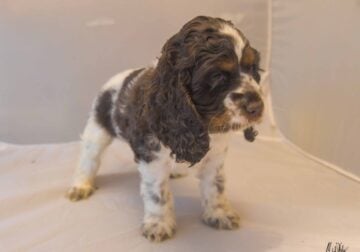 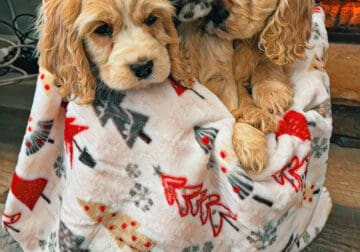 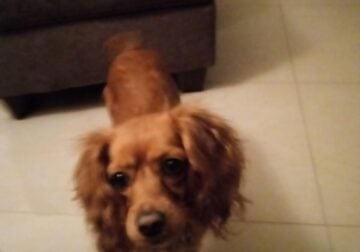 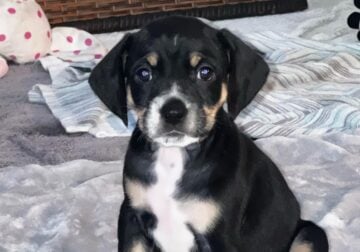 Although not exactly a Lab in a small package, a Cocker Spaniel for sale has the unflappable nature of a gundog and does not usually get bigger than 35 pounds. Cockers are great for people looking for a versatile bird dog in the field or for someone who wants an easy-going family companion. With a Cocker, you can also expect the friendliness and trainability of many spaniels. Moreover, Cocker Spaniels tend to get along with children and other dogs.

Overview of Cocker Spaniel for Sale

Spaniels became fixtures of English literature by the 1300s, but they may have existed in Britain as early as 55 BC. However, it appears they originated even earlier than that, perhaps in Spain. Historically, spaniels were classified based on size alone. They were the Springer (Field), Sussex, and Cocker Spaniel in order of decreasing size. Eventually, the classifications became more refined as hunters selected for the most advantageous qualities in their discipline. Cocker Spaniels evolved into dogs that specialized in flushing woodcocks.

A Cocker Spaniel should have a rounded or dome-shaped head, unique in that there is no flatness on top of the skull. At the same time, the roundness is not extreme. The muzzle should be wide and deep, almost square. It is half the length of the back skull. A Cocker’s eyes should be round and forward-facing with a slight oblique tilt. They should be dark brown. The Cocker Spaniel’s profile is distinctive with prominent brows and a pronounced and abrupt stop. The ears are lobular, hanging, long, and set low.

The Cocker Spaniel’s neck is moderately long to support her nose to the ground actions. It is slightly arched, muscular, and not pendulous. The shoulders should be sloping and laid back at 90 degrees from the forearms.

You will notice the Cocker’s topline slopes slightly downward from the withers to the hips. The chest is deep and moderately broad. The croup slopes in a continual line from the back.

Spaniel clubs and the AKC support or require that Cocker Spaniels have a docked tail. Most adult dogs should have only three-quarters of their tail. The docking procedure should be performed on Cocker Spaniel puppies for sale at the age of three or four days and thus long before you acquire one. A veterinarian performs the procedure, and it is a great opportunity for her or him to quickly assess the wellness of the litter. Many parts of Europe forbid tail docking, and these dogs will have full-length tails with extensive feathering. The UK only allows tail docking in working Cocker Spaniels.

The Cocker Spaniel has a variable coat. It is medium-length on the body and short on the head. Cocker Spaniel puppies for sale do not show it, but a mature dog has a moderate undercoat that protects it against cold and warm weather. The outer fur is flat and silky and can be straight or wavy. Cockers have moderate feathering where the fur is longer on the legs, chest, belly, and ears.

Cocker Spaniel coloring falls into one of three categories.

A parti-colored cocker Spaniel has two solid colors, one of which must be white. The colors are clearly demarcated except in roans which are classified as parti-colors in this breed. Roan dogs can show ticking as well as blurred delineations between the white and solid colors. The roan color refers to the mingling of white and red or black hairs but is not related to merle, which is not an acceptable color in Cockers. A primary color cannot comprise more than 90% of the dog’s coat.

ASCOB (Any Solid Color Other than Black)

Like black dogs, ASCOB Cocker Spaniels can have a tiny spot of white on the chest or throat. Some individuals will have white in both areas. Any white spots elsewhere are grounds for disqualifying the dog in a conformation show.

Cocker Spaniels have an average lifespan of 10 to 15 years.

Acquiring a Cocker Spaniel from a reputable breeder is important for a balanced temperament as well as a physically healthy dog. Cocker Spaniels should share behaviors and attitudes in common with other sporting dogs such as the Golden Retriever and Pointer.

Cocker Spaniels are friendly with other dogs and possibly cats they are raised with. However, as hunting dogs, their prey drive can be high, especially in the presence of rabbits, birds, and other small pets. Cockers are not always above chasing your neighbor’s cats. Cocker spaniels are gentle enough to be around children but need supervision because of their tendency for mouthiness.

A mini Cocker Spaniel, just like it sounds, is a much smaller version of this spaniel. The AKC does not recognize miniature Cockers and will disqualify any dog smaller than the breed standard. However, fanciers affectionately call minis by names like a teacup or micro Cocker Spaniel.

A mini Cocker Spaniel can be of either the American or English variety. Mini Cockers are nine to twelve inches tall and weigh seven to fifteen pounds. While their decreased space and exercise requirements make them appealing as well as their permanent puppy-like looks, miniature Cocker Spaniels have increased health challenges.

Mini Cockers are not ideal for young children because of the ease with which their bones can fracture. Dropping your mini or stepping or sitting on him are viable concerns. Moreover, mini Cockers are not suited to play with larger dogs.

Whether you import a field Cocker Spaniel or buy a dog from an ad that states there are Cocker Spaniel puppies for sale near me, the care will be the same.

A healthy and moderately active Cocker Spaniel will require between 750 and 850 calories a day or two to three cups of kibble. If feeding a strictly raw diet, you should give your dog an amount of food equal to 2.5% to 4% of its body weight each day. Puppies will need two to three times more food per pound than an adult. Working and highly active dogs also need increased calories. Premium dog food runs the gamut from raw and fresh meat and berries to canned diets to dry bites. Some owners mix different varieties of food. Animal-sourced proteins should be among the top ingredients regardless of what you feed your Cocker Spaniel. Dogs also need fat while you also implement diet restrictions based on any existing allergies.

Despite the length of the Cocker’s coat, it is not difficult to groom as long as you brush it two or three times a week. The feathers are the most prone to tangles. If your dog gets burs in her coat, you should brush or comb them out as soon as possible. Many owners opt to give their Cockers a body clip every three to four months. Other grooming requirements are as follow:

Cocker Spaniels require at least an hour of daily exercise. You should ideally break up your dog’s activities into two or more sessions. Cocker Spaniels, like other dogs, have basic needs they must obtain from their exercise.

Cockers are very clever with a high affinity for working. They require persistent and self-assured training. Despite their small size, American Cockers can be pushy and may try to outsmart you. For the right owner, Cocker Spaniels are eager to please, quick to learn, and cooperative. 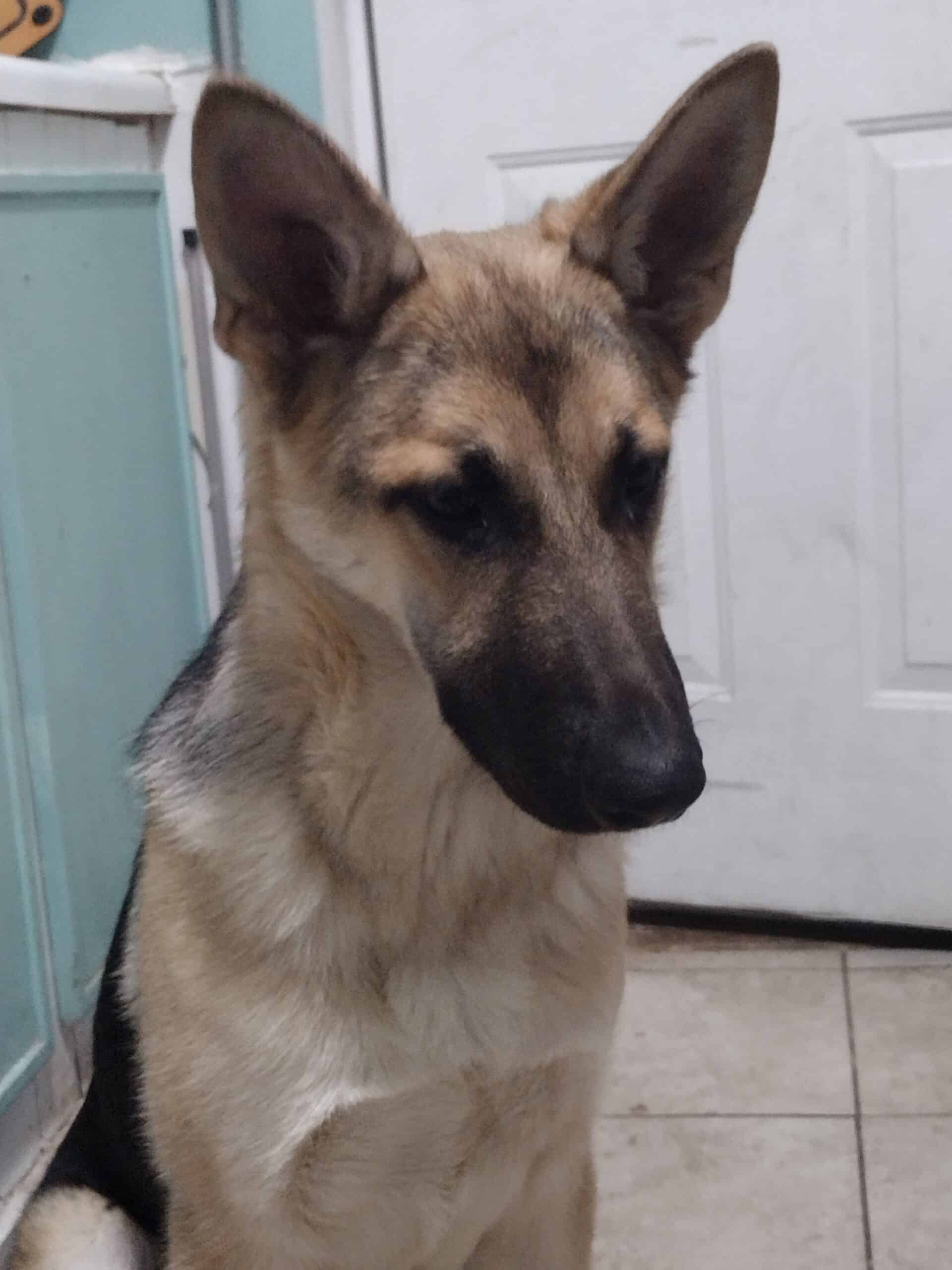 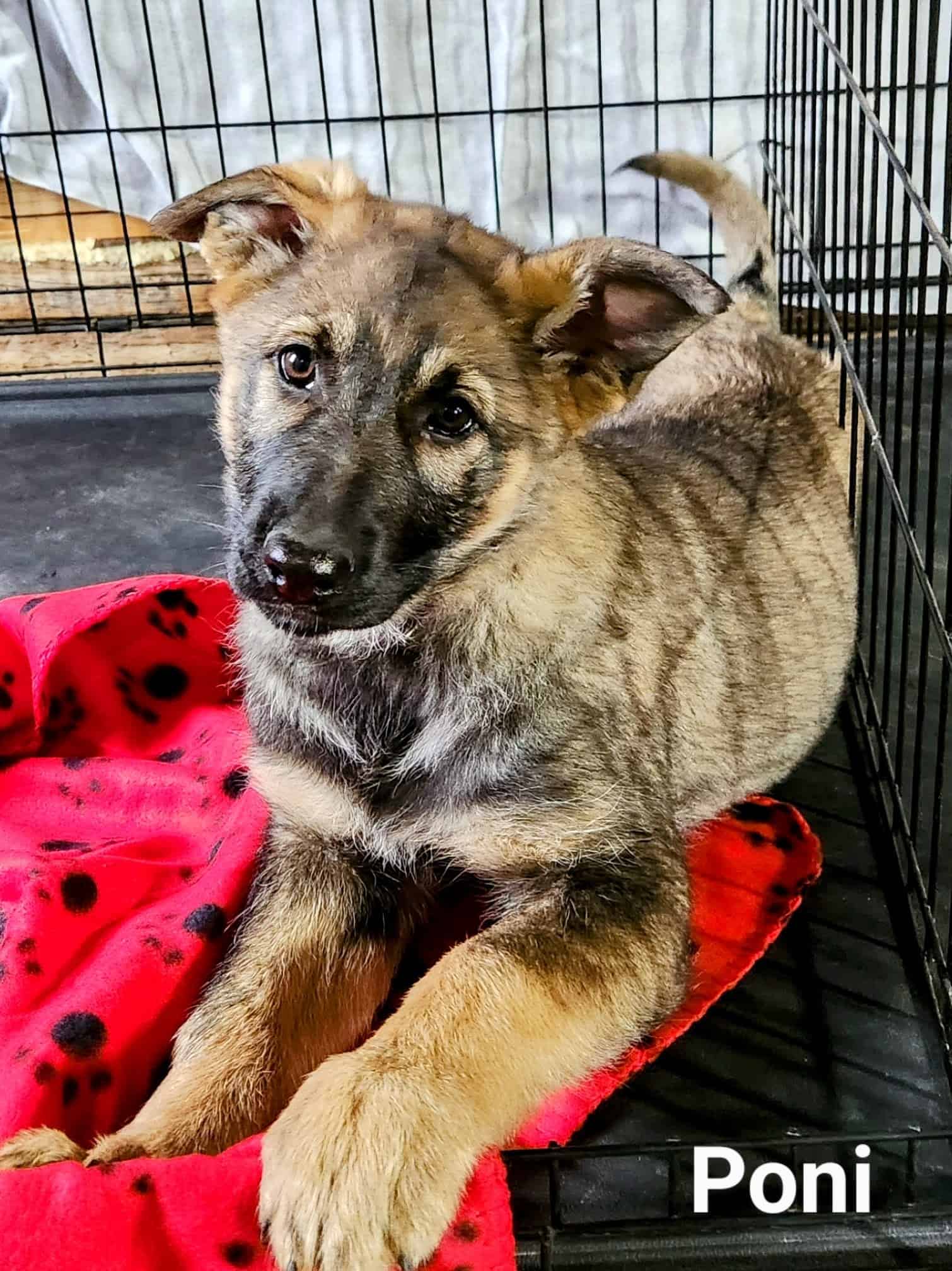 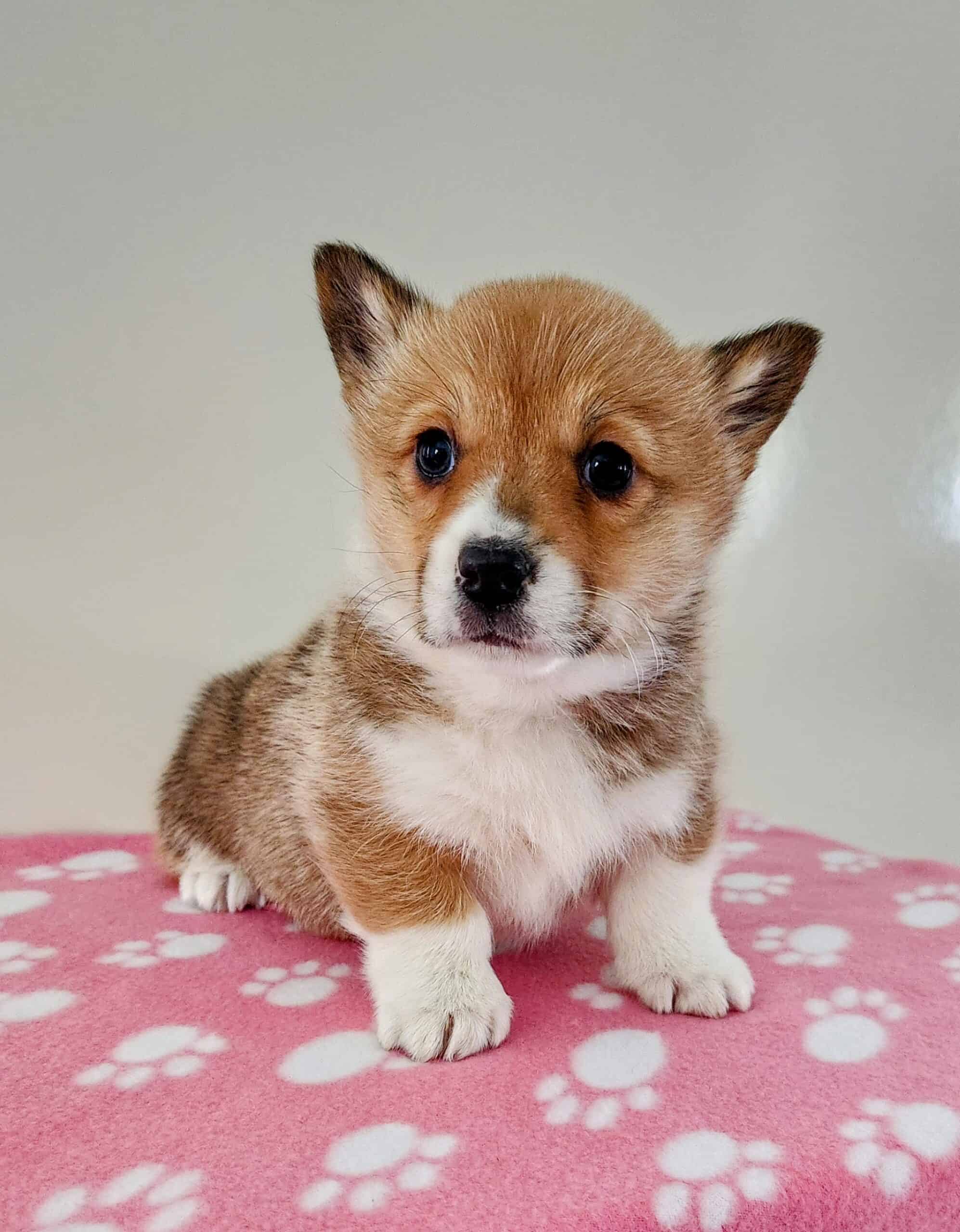