The Dalmatian is a medium-sized dog with a once-coveted spotted coat. Still a mascot of firefighters, a Dalmatian is easy to recognize with her high energy, playful demeanor, and friendly and outgoing nature. Dalmatians emphasize the importance of performing extensive research before acquiring any breed. Once extremely popular based on a novel and a couple of Walt Disney movies, many people found themselves with more than they could handle. However, if you are active and can make room for intensive canine training and exercise, a Dalmatian makes a loyal, intelligent, and interactive pet that will serve as a wonderful playmate for other dogs and older children.

Overview of Dalmatian for Sale

Dalmatians are 22 to 24 inches tall at the shoulders and weigh 35 to 70 pounds. Males can be significantly larger than females.

Early written records indicate the Dalmatian originated in Dalmatia, an area of Croatia, before 1375. Dalmatians were originally hunting dogs, likely a cross between Pointers and perhaps one spotted Great Dane sire. An additional duty of the breed was border patrol. Between the mid-1790s and 1820s, Dalmatians also became attractive escorts for horse carriages mostly in England. By 1862, the Dalmatian was a prominent show dog in the UK. England is the country that polished the breed and developed a standard in 1890, two years after it had already joined the AKC.

New York began the Dalmatian’s rise to fame in the fire department in the 1870s, using the dog’s natural affinity for horses to lead them to fires and keep them calm as the firefighters worked. The Hundred and One Dalmatians theme of a novel and Disney animated film led to a surge in the breed’s popularity in the 1950s and 1960s. Fashion and an anniversary release of a live version of the movie caused another explosion of the Dalmatian in the 1990s. A decade later saw the breed’s registrations declined by 90%. Dalmatians are still mascots of both the fire department and Anheuser-Busch where they accompany the famous Clydesdale-drawn wagons.

Everything about the Dalmatian’s physique should be medium and balanced. The head is of moderate length with medium well-spaced eyes that are rather oval and deep-set. The ears are also medium-sized and rather high-set with the tapered tips lying flat against the head. A Dalmatian’s head is about as wide as it is long with moderate cheekbones, a flat skull, a solitary vertical furrow of the brow, and a strong jaw. The entire animal is well-muscled without being coarse or bulky. Dalmatians have powerful shoulders, a rather deep chest, smoothly-muscled hindquarters, and a level back. The tail is set neither low nor high but has a slight upward carriage.

When you first visit a litter of Dalmatian puppies for sale, potentially to offer one your home, you might never guess they were born white. Most Dalmatians are completely white at birth although an occasional pup may have spots. Spots on Dalmatian puppies begin to appear when they are 10 days old and continue to spring up until the dogs reach the age of a year and a half. A Dalmatian is truly unique in that its coat pattern represents the combination of flecking, piebald, and ticking. These are separate genes that do not generally occur together. Surprisingly, Dalmatians can come in several different colors, but only two are standard. A show Dalmatian must have a white base color with distinct liver brown or black spots. The dogs that perform best are those with a minimal intermingling of the spots. Nonstandard colors exist but are disqualified from the show ring.

Dalmatians are high-energy dogs with boundless endurance. Having the unflappable boldness and exuberance of a sporting dog and the activity of a working animal, many early enthusiasts were easily overwhelmed. Lack of knowledge made inexperienced owners surrender their dogs to shelters in droves. Furthermore, unscrupulous breeders saw an opportunity for a quick buck. They took advantage of a fad to produce dogs with no regard for temperament or owner education. Therefore, you can see lines of Dalmatians that are nervous, high-strung, and hyperactive. These animals can also be unpredictable and prone to biting. Make sure to only deal with reputable breeders because the Dalmatian temperament should be fun-loving, active, alert, friendly, extroverted, and affectionate. They are a common fixture at dog parks because of their willingness to engage playfully with other dogs. They tend to be too rambunctious for small children unless in a closely supervised setting. Dalmatians will play endlessly with older youths.

Besides behavior and training needs, one of the biggest challenges in choosing among Dalmatian puppies for sale is finding a pup that will grow up healthy. Dalmatians, like most unique purebred dogs, have a few problems that can crop up.

Finding the “perfect dog from Dalmatian puppies for sale near me” may warrant health screening of the parents. Responsible breeders can provide you with the results of a BAER test for hearing and a screening of their dogs’ hips. You will not be able to perform either test on your pup until she grows older, but the parents give you a solid genetic background. You can also ask about any heart or eye problems in your pup’s family tree.

Care of Dalmatian for Sale

Dalmatian puppies for sale should have their hearing tested at seven weeks of age and retested at four months. 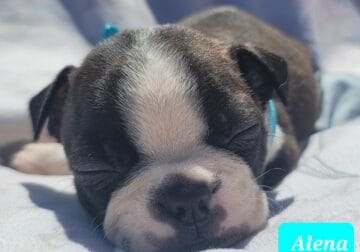 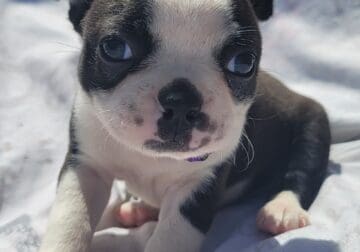