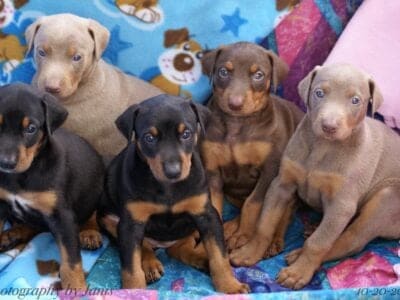 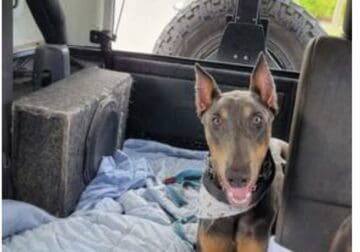 Doberman puppies for sale, with their gangly legs and rambunctious natures, are irresistible to many. Everyone seems to know instinctively what graceful and elegant dogs they will grow up to be. A Doberman makes the ultimate pet for someone with the time to train one and provide direction for its exuberance. Starting with an open book, you should end up with a loyal, affectionate, intelligent, and protective companion.

Among the first steps in considering a new dog is a breed and whether you want a purebred or mixed dog. If you decide you want a crossbred dog, you can choose a run-of-the-mill mix from a friend, or perhaps the shelter, or a designer dog. Even with a straightforward-seeming choice like the Doberman, you will have options. There are two types of Doberman puppies for sale. The American Doberman, often going by the name Doberman Pinscher, presents solid characteristics selected for pets and show dogs. He has less bulk than the second type, the European Doberman. American Dobermans are also sleeker with a more refined head and a longer neck and body than their European counterparts. Companion dogs are bred to have less intense and friendlier dispositions. If you want a working dog, you might gravitate more towards European Doberman puppies for sale.

You probably think of a Doberman as being black and tan or rust, but there are several possible colors for the breed. Only a few of them are acceptable in conformation shows with the major registries. Standard AKC colors for the Doberman are as follows.

European registries do not consider blue or Isabella to be standard colors for their Dobermann. The following colors are not standard for either the American or European Doberman.

When you acquire your Doberman from a rescue or a shelter, you may never learn her full background. The trade-off is you give a dog who has suffered possible abuse, neglect, or emotional trauma, a second chance. If think to yourself, “I found nice Doberman puppies for sale near me,” you could be in luck with due diligence. Visit the puppies and see how their environment looks. It should be clean, and all of the animals should be free of soiling. Make sure everybody looks well-nourished and lively and try to see at least one of the parents. The testing the AKC recommends for breeding individuals includes an eye, hip, thyroid, and heart evaluation and a von Willebrand’s DNA test.

Caring for Your Doberman Puppy

Dobermans, true working dogs, are rather high-maintenance dogs in a few areas.

Since Doberman puppies grow fast during several stages, you must take care of their growth plates. Overexercise can be detrimental to growing bones as well as exacerbate hip dysplasia in prone dogs. A good rule of thumb is to exercise young puppies for no more than five minutes at a time for each month of age. An eight-week-old puppy should get only ten minutes of heavy exercise at a time. You should focus most of your attention on training and socialization.

Doberman puppies should eat four times a day when you bring them home at nine to twelve weeks of age. Between four and six months of age, you can decrease your puppy’s feeding frequency to three times a day. At about eight months old, your puppy can go to the adult quota of two daily meals. Young puppies get half to two and a half cups of kibble per day. Adolescent pups between six and nine months old may very well be eating more than adults at 4,000 calories a day for a sixty-pounder. You might consider a puppy food designed for large-breed dogs to discourage growth that is too rapid or to avoid over supplementing with vitamins and minerals. Always consult with your veterinarian. Otherwise, puppies do best on foods with low fillers like corn and wheat and high in meat-based proteins.

Dobermans are smooth-coated with puppies not having much hair. Grooming involves only occasional baths and weekly brushing only to stimulate the old glands and circulation to the hair follicles. A red Doberman requires the same brushing routine as a black pup. However, a blue Doberman may require more careful handling as the fur is more fragile and can break or fall out. Get your puppy accustomed to having her feet, mouth, and ears handled. You need to be able to clip[her nails and brush her teeth regularly. She should tolerate you inspecting and cleaning her ears.

Get your pup used to the many different things he will encounter in his life with you.

In the Us and some other countries, docking the tail and cropping the ears are standard for the Doberman. Tail docking (shortening the tail to a specific number of vertebrae) usually happens when your pup is between three and seven days old, so before you ever see her. If you want her folded ears cropped, you will need to schedule a surgery with your veterinarian when your puppy is seven to twelve weeks old. If you wait too long, your pet’s ears will not stand up, making the entire procedure a waste. Aftercare is a crucial as the procedure itself. More and more owners are leaving their pups with the ears with which they were born.

The Doberman is among the top 10 most intelligent dogs in the working category. Thus, your puppy will require a lot of training and mental challenges. Make your pet’s training sessions interesting by varying the routine. As your pup matures, explore interactive puzzles and games, team events, and advanced training such as Shutzhund or agility. 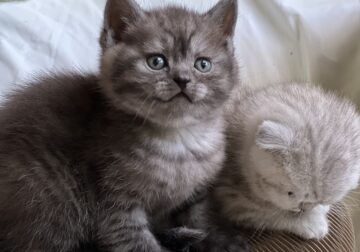