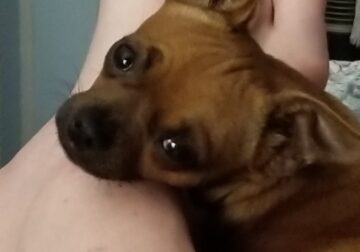 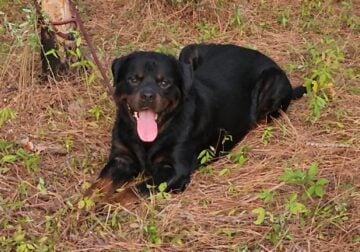 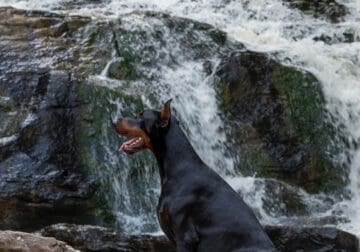 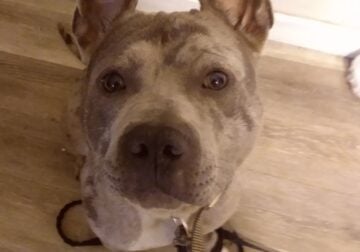 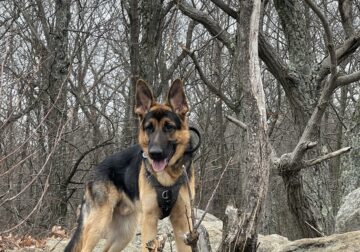 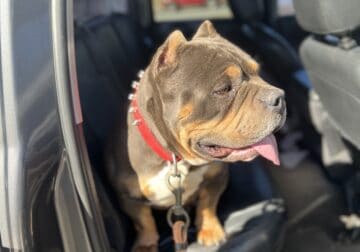 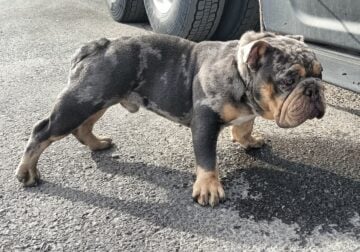 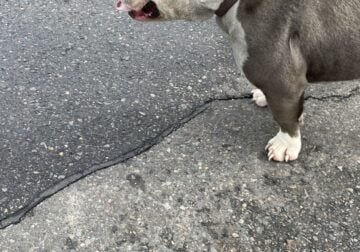 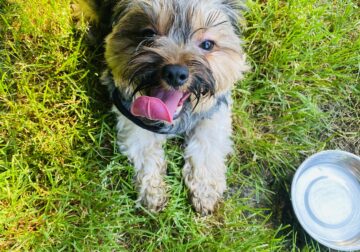 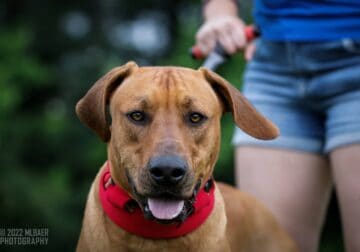 Griffin the Ridgeback for stud 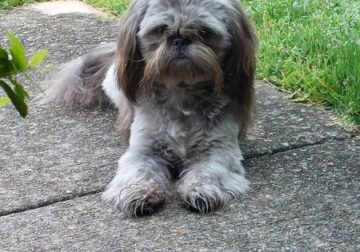 AKC BLUE for STUD or 4SALE 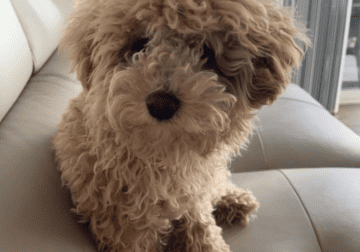 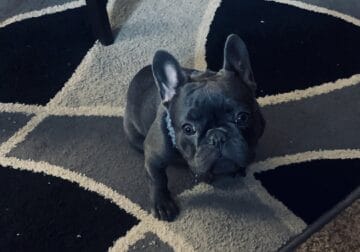 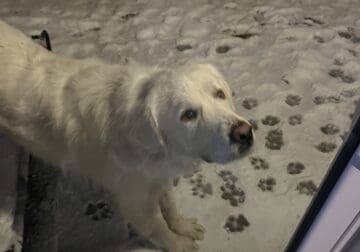 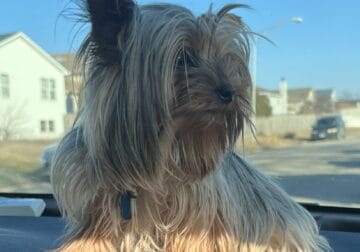 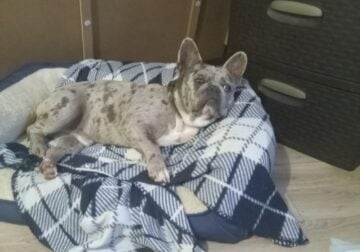 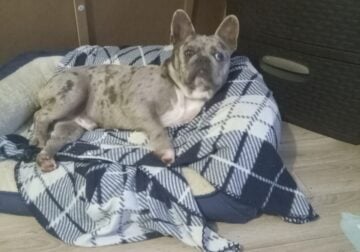 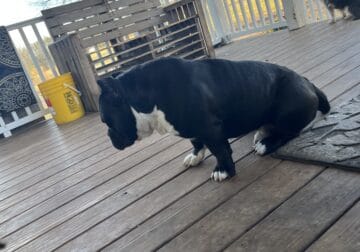 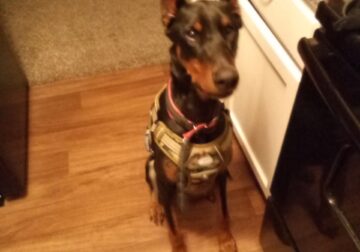 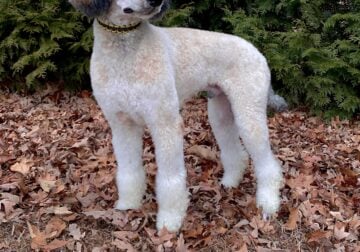 Stud Dog: You Own the Male Dog, Now What?

Dog ownership is full of thrills and joyful markers, none of them more exciting than puppyhood. Many dog lovers become intimately involved in the puppy breeding and rearing business. For some it is accidental and for others, it is a dedicated effort to produce healthier dogs that improve on their parents. Stud dogs offer a meaningful way to get involved in producing pups with rewards ranging from contributing to a dog breed’s bloodlines to the satisfaction of watching the success of generations of a working or show champion.

More often than not, people believe a stud dog is simply the male half of the dog breeding equation. While any intact dog can potentially mate, a stud dog is a professional term. It usually refers to a registered male of a particular breed or type used for the specific purpose of propagating desirable qualities. Anyone who hires a stud dog understands that its owner will require compensation. At the same time, they have expectations about the quality, looks, and health of their puppies. Initially, a stud dog was overwhelmingly purebred, but the demand for hybrids has changed that. Especially in the case of multigenerational Doodles and low-content wolf hybrids, stud dogs are likely to be designated crosses. A purebred stud dog is registered with one or more registries such as the American Kennel Club. Although major national registries do not recognize hybrids, specific clubs dedicated to crosses and designer dog organizations register relevant studs. Whether purebred or hybrid, you can track a stud dog’s family tree and health evaluations through its respective registry.

The legal rules for a stud dog in the United States are almost nonexistent. As the owner, you simply need to lack a history of animal cruelty. Also, a stud dog must be at least seven months old and not past the age of 12 years at the time of breeding. Registration via the AKC requires a purebred lineage. You must submit paperwork indicating two registered parents of your prospective stud plus a description that satisfies the breed standard. Registries reserve the right to inspect photographs or evaluate your dog in person. Your dog can achieve special consideration for passing specific health certifications and attaining a positive reputation for good quality or performance within the community. The AKC enters such dogs on a special list readily available for dam owners and prospective new puppy buyers. Much of the burden of the quality of puppies from any particular mating rests on the dam owner and the prospective new dog purchaser. European stud dogs may have to pass temperamental screening, prove that they do not have structural abnormalities like hip dysplasia, and succeed in performance tests that fit their class.

Being a Professional Stud Dog Owner

Being professional means more than having a license to breed and sell dogs. Your clients will usually be dam owners, and repeat business will do wonders for your dog’s reputation. Your clients will appreciate a smooth process, upfront fees and demands, and certain guarantees. As a stud owner, there are a few rules you should consider.

When studding a dog, one of your first questions will involve the location of the breeding. Simple math dictates that the bitch should come to your stud dog rather than the other way around. A female dog only has the opportunity to breed twice or three times a year at most (when she is in heat or estrus). Some breeds only come into estrus once a year. Males can breed as long as there is a receptive female in the vicinity. Rather than have your stud become a globetrotter, it is more prudent to achieve dog breeding at your locale. However, there are also behavioral reasons that indicate where any scheduled mating should take place.

What does the male dog owner get when breeding?

A male dog owner can opt to receive compensation for a dog stud service in a few ways. The most common is a stud fee for dogs. However, they can also demand the first pick of the resulting litter.

A dam and sire owner will agree on a set price for their dogs to breed. Most of the time, a stud fee for dogs only covers two or three breedings during a heat cycle. Occasionally, for a stud with a light schedule or dogs or people who are familiar with each other, the dogs will stay together for a few days. Such cases result in a high conception rate because the dogs can breed repeatedly over multiple days. For popular stud dogs, a dam owner may have to pay a deposit to book a set of dates. Whereas horse stud fees often only apply to live births, canine stud owners may only guarantee conception after a set number of ties.

What is a typical stud fee?

Stud fees, as you might expect, are highly variable. They can be as low as $50 to $100. An exceptionally low fee may indicate the cheap cost of a puppy, a new or unproven stud dog, or an owner that does not recognize the value of their services. It rarely is quite the deal that it seems. The more reasonable stud dog service fee ranges from $300 to $1000. However, a proven champion or a working dog can command a stud fee of $5,000 or more. When stud dog owners charge a flat rate, it sometimes correlates with the selling price of one puppy. The stud fee usually covers at least one and sometimes two return services in the event of a nonpregnancy. However, both parties should make sure this point is clear in any written contract.

Pick of the Litter

Owners of stud dogs can negotiate for the pick of the litter in place of monetary payments, but usually, the compensation will be a combination proposal if the stud is a proven producer. In either case, it is standard in such agreements for the stud owner to get their choice of one puppy. However, any number of pups can be part of a contract as long as the agreement is written well ahead of the birth. Stud owners frequently seek future studs to carry on the line, but they may also want the best female puppy. Regardless of any agreement an owner makes with potential buyers, the stud owner is usually contractually entitled to the first pick of the litter.

One last way stud owners can gain compensation for services is through the percentage of proceeds from the sale of the resulting litter of puppies. Although dam owners may have initially balked at this idea, there are several arguments as to why it is fairer than classical collection methods.

The bitch’s owner assumes much of the cost and risk associated with breeding, especially when booking a stud that is in high demand. Cell analyses of vaginal smears determine the female’s readiness to breed and ensure a mating occurs when she is most likely to conceive. The dam owner must also pay for travel expenses. Sometimes, if the male travels, his expenses will be in addition to the stud fee. If tying fails, the dam owner should be entitled to a booking with another stud of equal value. The female dog’s owner is also responsible for notifying the stud owner of a nonpregnancy within a prescribed time.

Why Tying Up Is Important in Dog Breeding

Stud owners are very interested in dogs “tying” during mating and should assist whenever it seems necessary.

For those of you who are not familiar with dog breeding, tying refers to the process whereby the male stays attached to the female for a few minutes to hours after breeding. This is how witnesses can assure themselves that breeding between two dogs occurred. On rare occasions, especially if the male is a novice, the dogs may breed without properly tying. Called slip breeding, it can dramatically lower the success rate of a mating session. The tissues of the bulbous gland of the male and circular muscles of the female lock the dogs together immediately before protracted ejaculation. Dogs release sperm immediately, but the nourishing prostatic fluid lags by several minutes.

Most dogs have completed tying within two to 30 minutes. You will often find them standing tail-to-tail. You must never try to physically separate tied dogs by force, but you can ease them into a more comfortable position (for example if the male has a hind leg stuck over the female’s back). You should supervise tying dogs, especially if one or both of them are new to breeding. Dogs may snap at the genitals of their mate or try to forcefully break from the unfamiliar sensation of still being connected. Moreover, if your fees are based on a set number of ties, witnessing them is the best means to quantify them. New dogs may need help to achieve a proper tie while breeds like the English Bulldog may require assistance through the entire breeding process.

When you provide a dog stud service, dam owners will expect a certain quality with the fee that you charge. Since your goal is to produce quality offspring, you likewise should strive to be selective about which dogs you service. Responding to stud dog wanted ads should not result in too many yeas or nays. A lack of balance in your business will result in flooding the market with your stud’s lineage or making your services too inaccessible. Both scenarios will cause your stud dog’s desirability to fall among your potential clients. 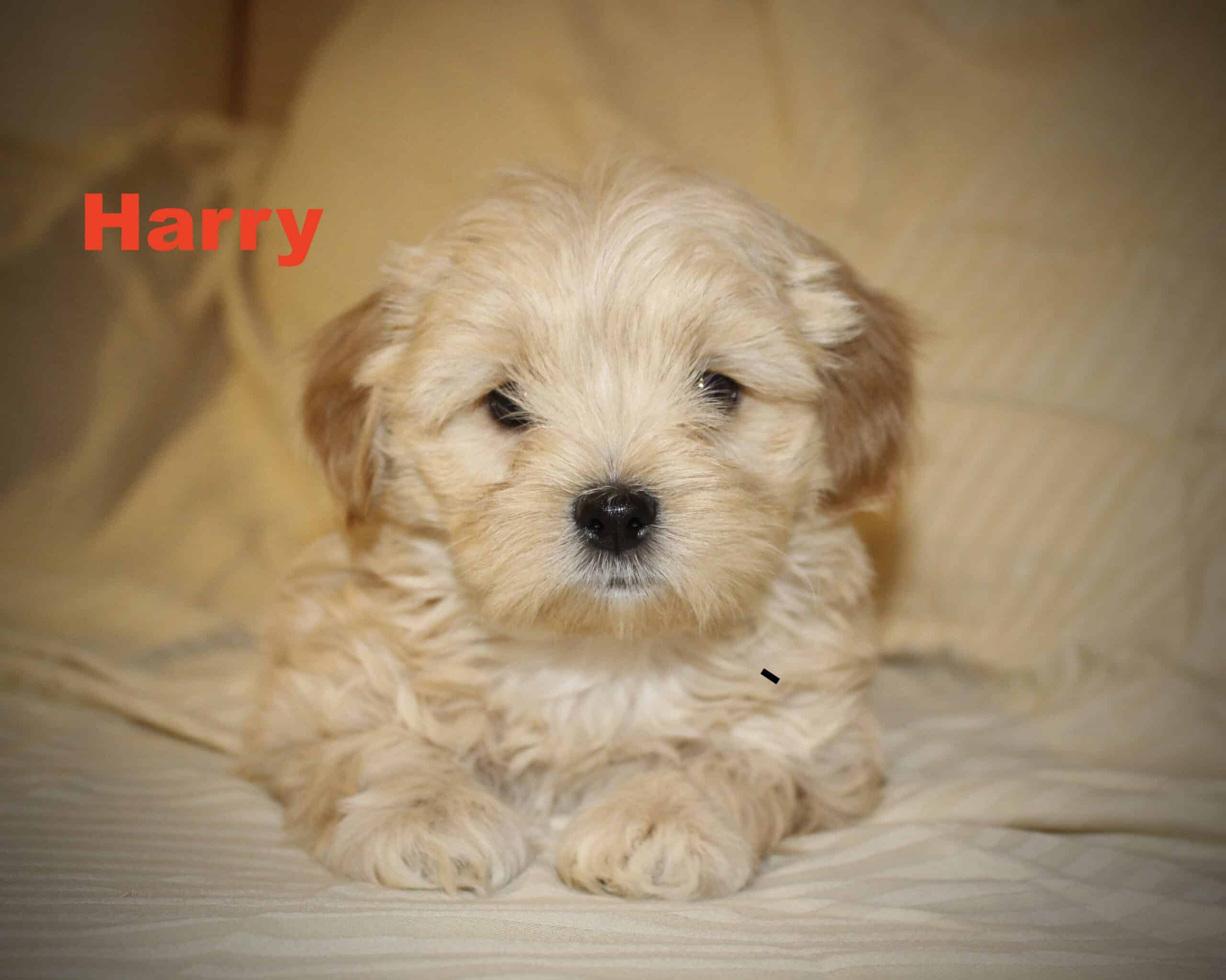 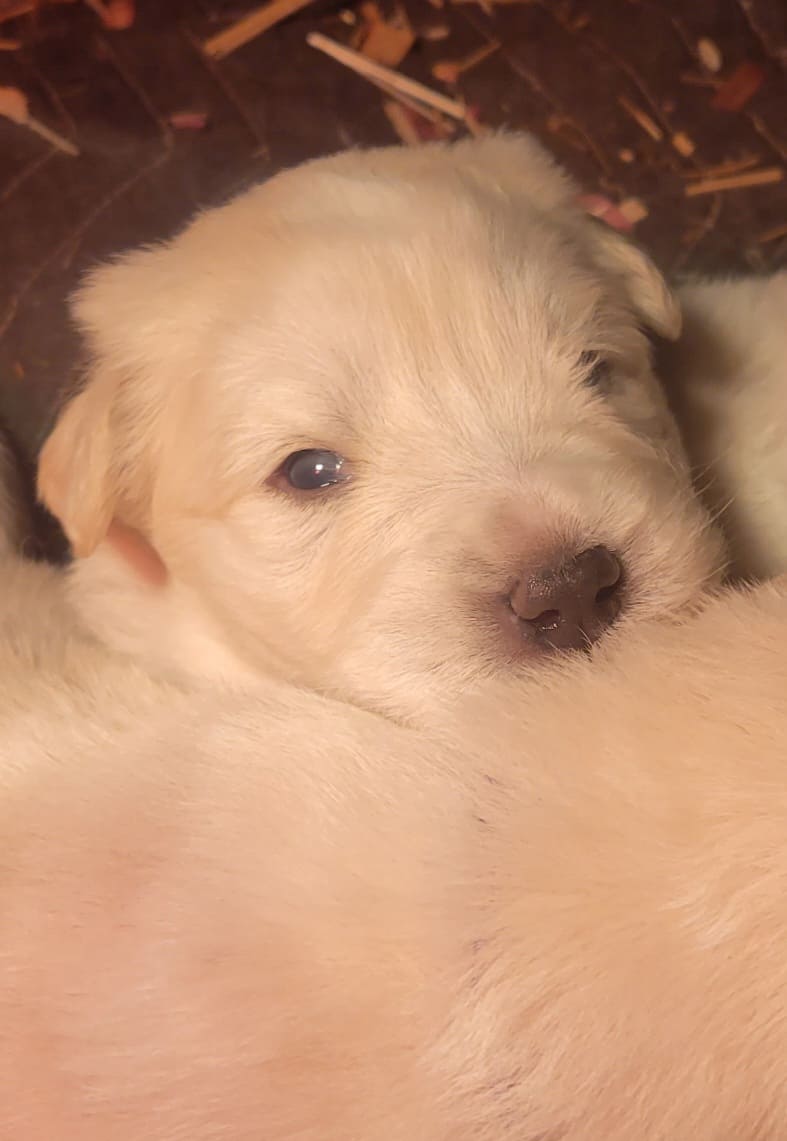 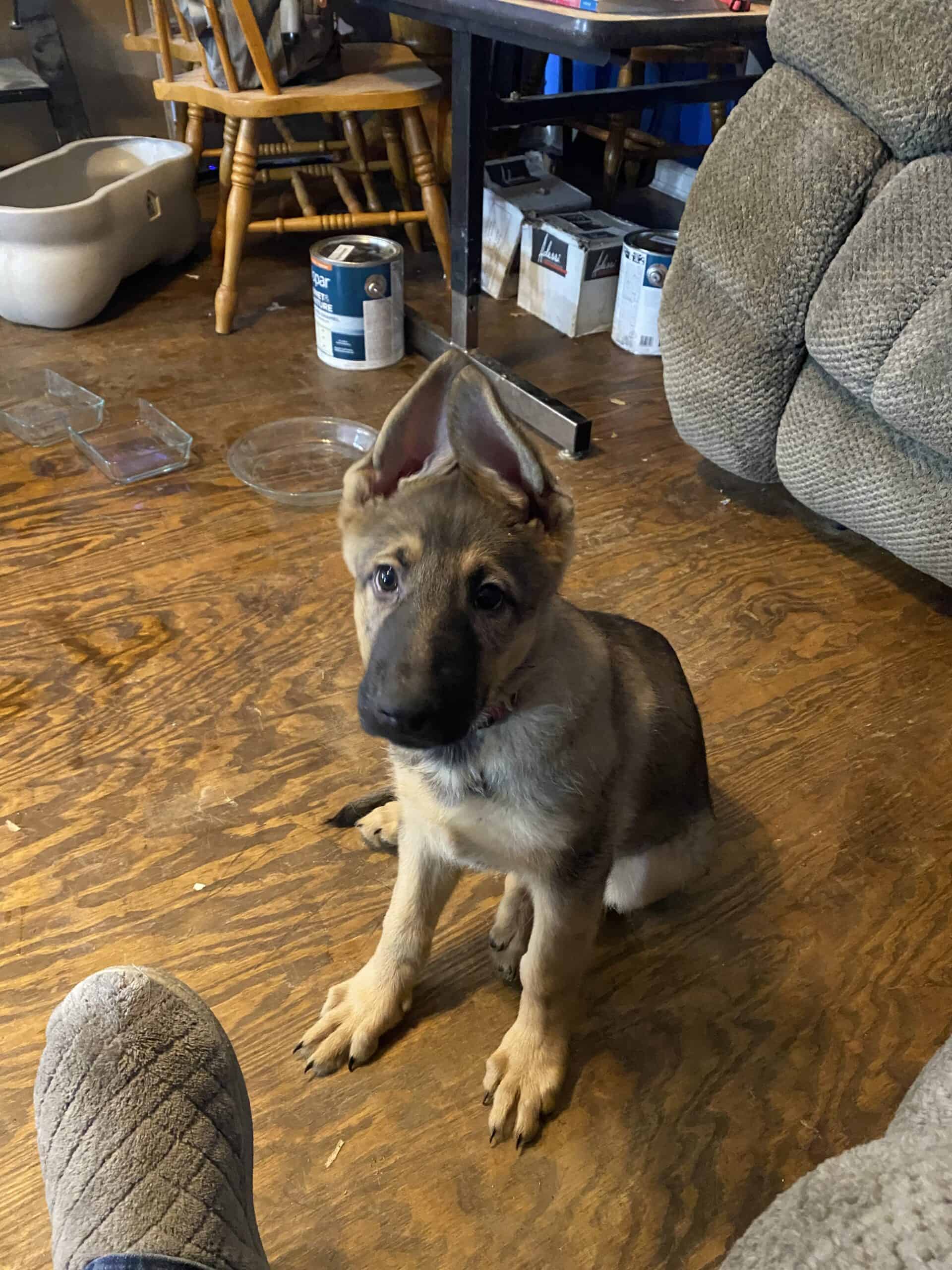 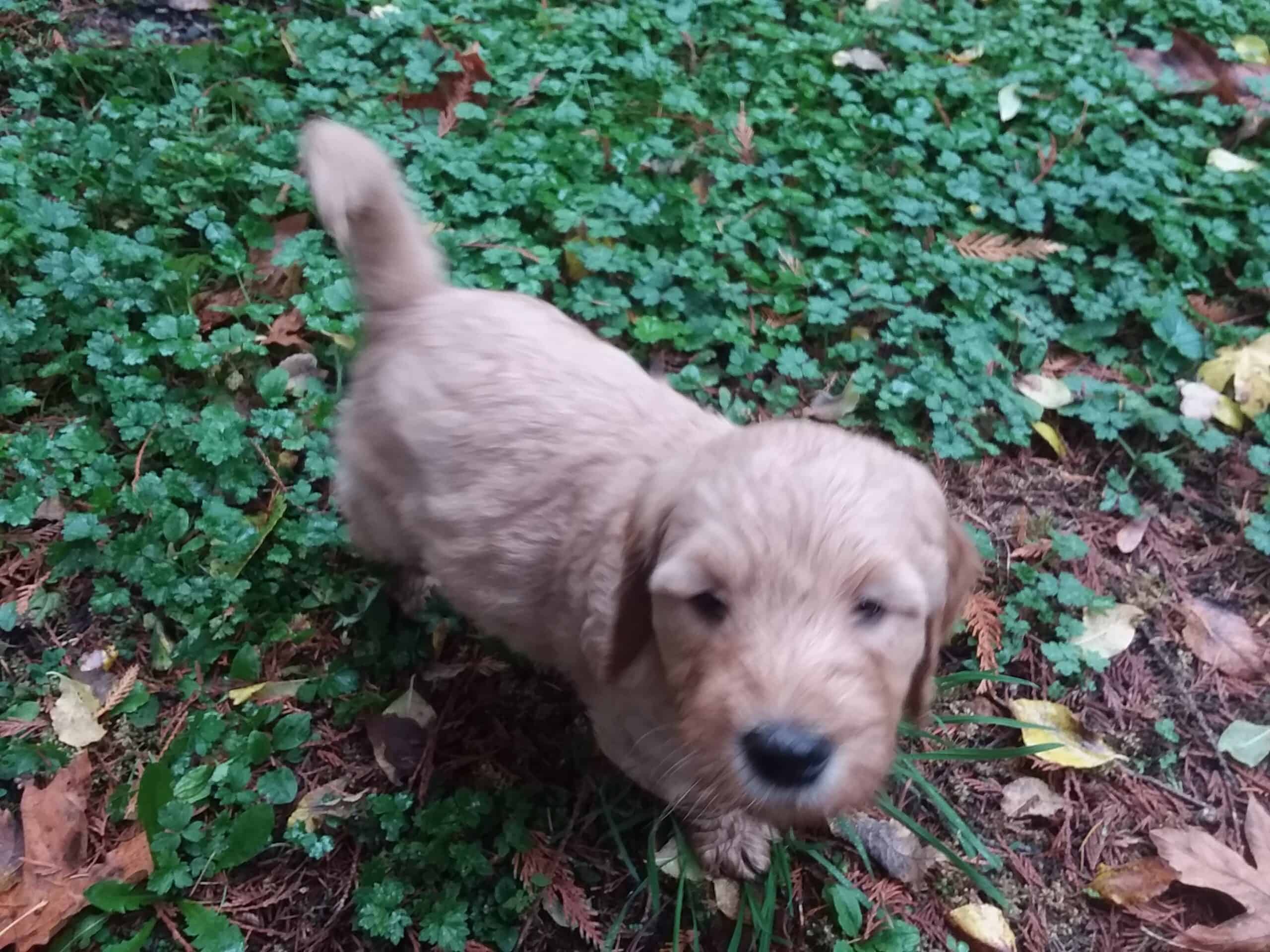 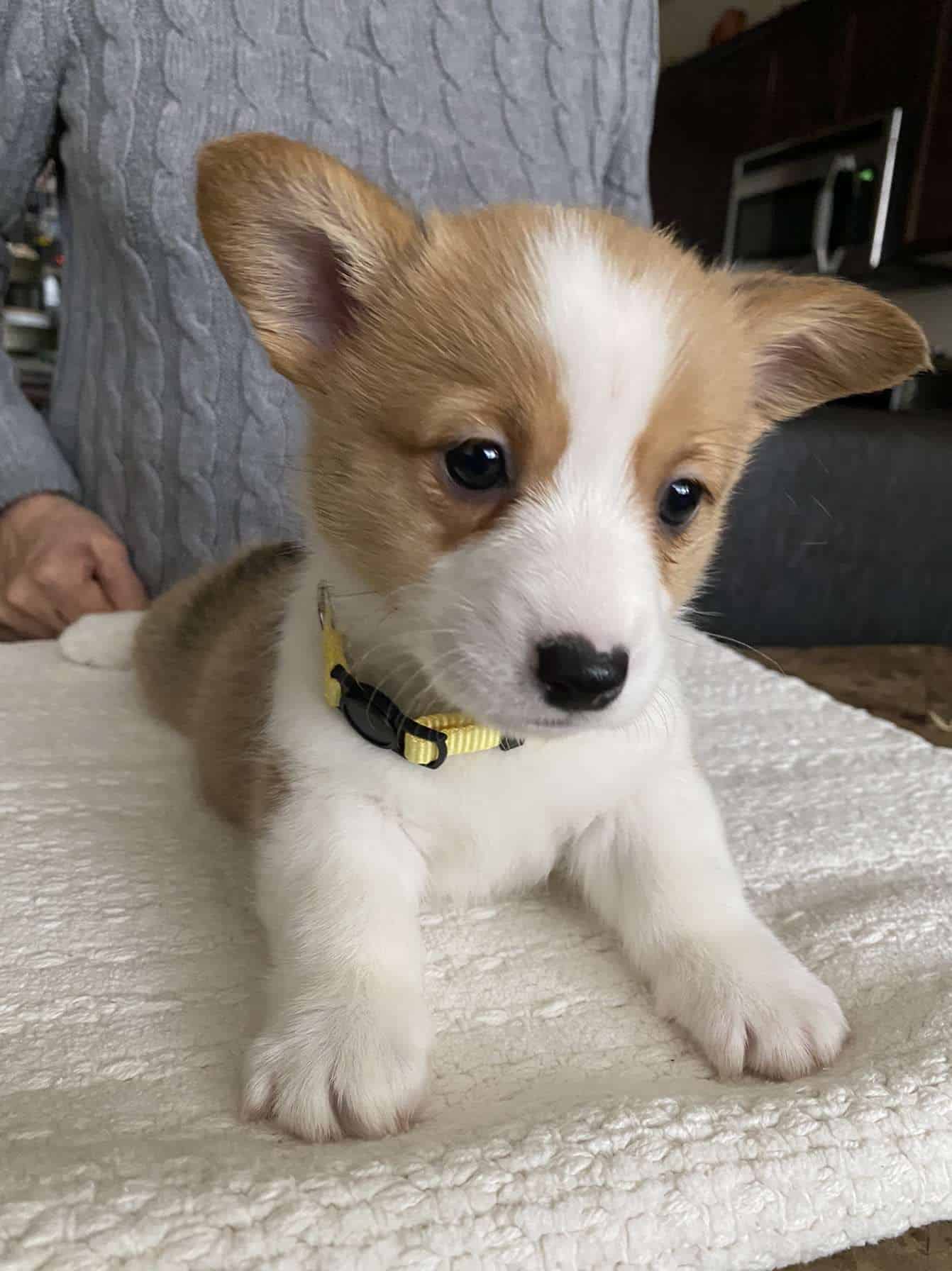